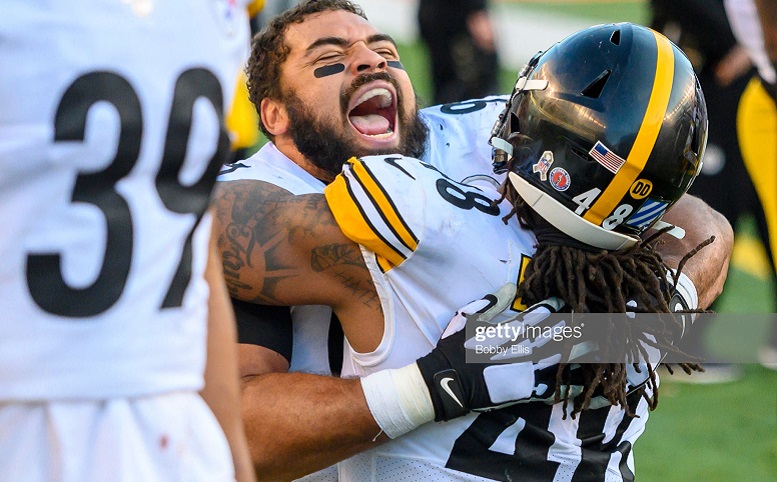 It seems as though the deeper we get into the offseason, the more and more the Pittsburgh Steelers bandwagon fills up. The latest to hop on board is Adam Rank, who on Monday posted a ‘State of the Franchise’ piece on the team for NFL.com, and his conclusions about them for the 2020 season were awfully optimistic.

“It’s not outlandish for me to think they could be the No. 1 seed headed into the playoffs”, he wrote in his closing of the piece. “This looks like one of the best rosters [Ben Roethlisberger’s] been with in quite some time. The Steelers should really set their sights on seven”.

Seven, of course, meaning a seventh Lombardi Trophy. Of course, they are coming off of consecutive non-playoff seasons, even if they finished seventh in the AFC in each of those years, which under the current rules would have actually allowed them entry into the postseason.

The Steelers’ biggest shortfall in 2018 was a defense that repeatedly failed to hold onto and secure leads in the fourth quarter, plus and erratic kicker whose poor season factored into several different games. Last season, of course, the injury to Roethlisberger completely eroded the offense’s ability to move the ball and score.

It wasn’t just the quarterbacks who replaced him, although Mason Rudolph and Devlin Hodges left a lot to be desired. It was also the loss of Antonio Brown, coupled with the numerous injuries to JuJu Smith-Schuster, James Conner, Benny Snell, Jaylen Samuels, Vance McDonald, and others. There’s only so much you can do when you’re so shorthanded.

If the Steelers can get all of their stars to align in one single season, this is absolutely one of the best rosters in the NFL whose talent alone is sufficient to be a champion. Roethlisberger’s health is the wildcard, of course, but all signs have been positive on that front.

I also think that the wide receiver room grew a lot, both on and off the field, during the 2019 season, and that that will pay dividends this year. The trio of JuJu Smith-Schuster, James Washington, and Diontae Johnson could be really good, and that’s without even adding Chase Claypool, Eric Ebron, and others into the mix.

Of course it’s also up to the defense to hold things down like they did last year. Nobody can expect the same numbers, leading the league in both sacks and takeaways. That’s not going to happen again. But there’s no reason to think that they can’t once again be one of the top defenses in the NFL in 2020 with the talent and coaching that they have.