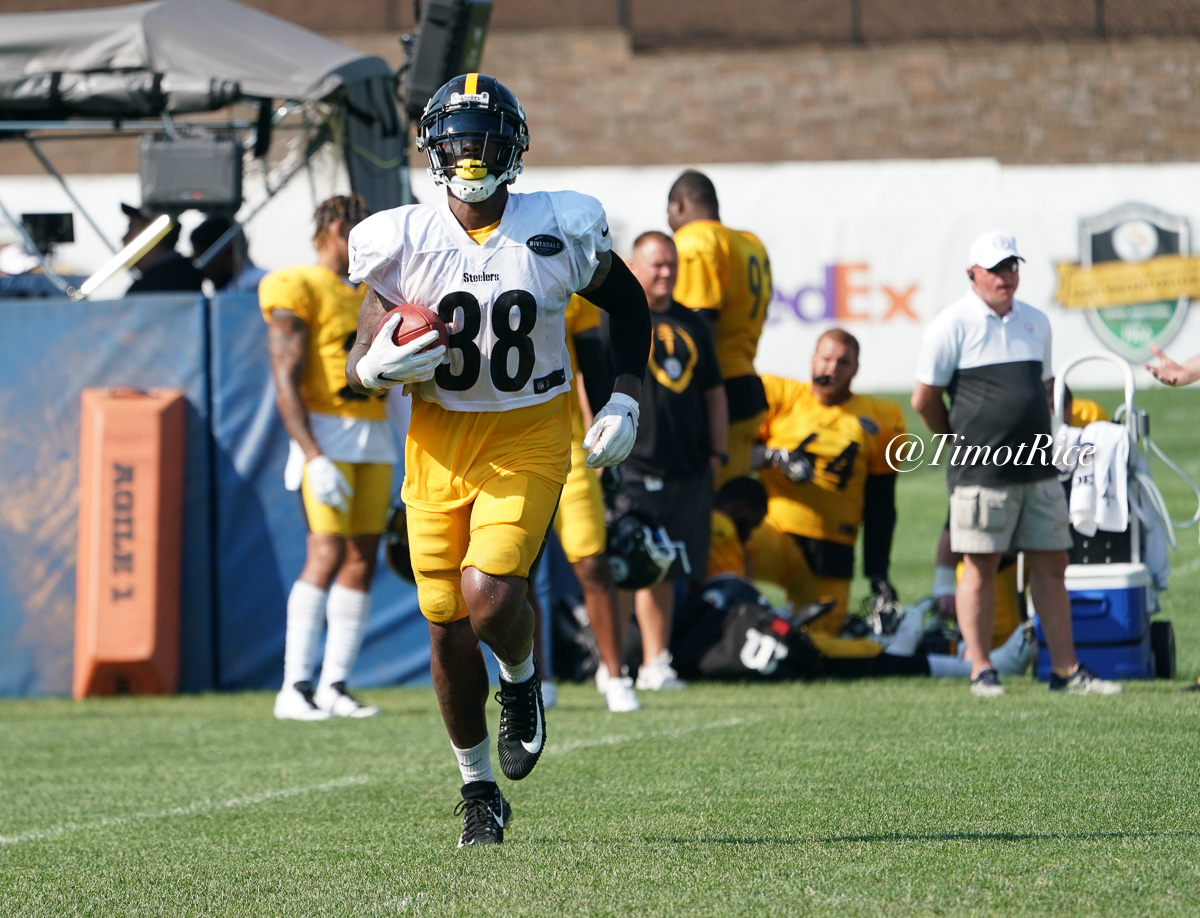 Many were hoping the Steelers would use a high pick to draft a running back but they waited until the 4th round to add to the stable.  James Conner had and injury riddled season in 2019 and some have soured on him but all you need to do is look at what he did in 2018 to understand he can produce at a high level.  In 13 games he averaged 113 yards from scrimmage on 20.7 touches per game and scored 13 touchdowns. He had 55 receptions that year and has averaged 3.9 receptions per game over the last two year.

Behind Conner is Benny Snell who finished with solid numbers overall with 449 yards from scrimmage. In his two starts he had 103 and 91 yards averaging 4.85 yards per carry and capable of carrying the bulk of the carries when needed.

Rookie Anthony McFarland is an exciting addition to the Steelers backfield. He adds the speed element that they were lacking. He will likely be given a chance as kick returner as well to take advantage of that long speed.

At fullback, the Steeler let Rosie Nix go after struggling with injuries and brought in Derek Watt in free agency.  He isn’t a huge threat on offense but will be a lead blocker when needed and is a very good special teamer tying for the league lead in special teams tackles (16) with 2 other players.

Jaylen Samuels – The former 2018 sixth round pick has made solid contributions primarily catching the ball in the offense but also getting ample opportunities to carry the ball.  He also participated on 149 special teams snaps (34%) in 2019.

On the positive side, with Conner out last season he saw his targets (57) and receptions (47) increase and set a career high with 305 receiving yards.  He has reliable hands catching 85% of the passes thrown his way. He had his first lifetime 100 yard rushing game in 2017 vs New England.

On the negative side, his best rushing game came against 5 and 6 man boxes while the NE defense double teamed the Steelers receivers and over two seasons he’s averaging 3.5 yards per carry. He doesn’t create with the ball in his hands breaking 4 tackles on 113 touches in 2019. He doesn’t contribute as a returner and is adequate as a blocker on special teams

Trey Edmunds – He wasn’t added to the active roster until week six and was a spot contributor on offense and immediately became a full time participant on special teams racking up 210 special teams snaps in his 11 games.

On the good side, in a pinch he could carry the ball and he’s listed as a FB so he could back up Watt. He made some important plays on special teams including an interception on a fake punt vs the Rams, a tackle that lead to a fumble vs the Colts and a big block on an onside kick vs the Chargers allowing Cam Sutton to recover the ball. He has the mentality to be a good special team player.

On the negative side, he’s not a threat on offense as a runner and without injury won’t see the field on offense. We have really seen him as a lead blocker either. His 6 receptions in 2019 were the first of his career.

Kerrith Whyte – The veritable unknown of this group. A former 7th round pick for the Bears he joined the Steelers for the final six gamess and gave a little spark to the offense in limited duty. He received 24 carries for 124 yards (5.1 average). He also had 14 kickoff returns averaging 18.9 yards per return.

On the positive spark, he was a speedy option in an offense that needed it. He showed good burst and ran tough in his limited opportunities.  As stated, a 5 yard per carry average. His return ability was encouraging despite a poor blocking on many returns. You can never have enough speed on the field.

On the negative side, does the addition of Anthony McFarland, a similar speed back, make Whyte redundant? Maybe at least on the active roster. They didn’t throw the ball to him which could be worrisome.  Can he be the full time returner?

Three good options here and I guess it depends on what you want for your roster.  Samuels is a solid receiver, Edmunds will make his mark on special teams and Whyte is an intriguing speed back.

On the way-too-early rosters put together they Steelers Depot staff all keep Samuels at their 5th RB on the roster.

Again, one will be kept for the active roster and one will (hopefully) be a part of our practice squad.