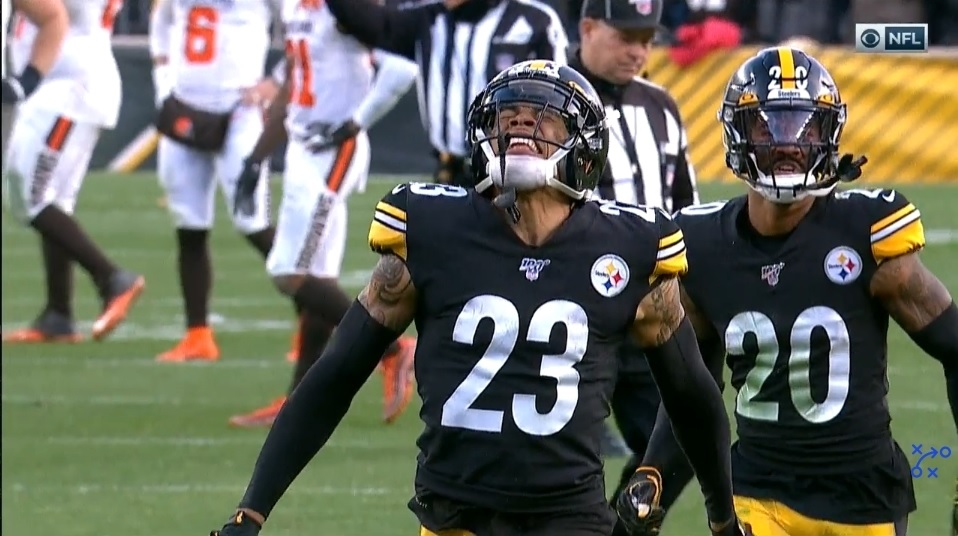 The Pittsburgh Steelers have formed their best secondary in a long time. Those names are getting some national recognition. In CBS’ ranking of the game’s top ten corners, Joe Haden came in at #3, according to author Patrik Walker.

“Haden regained prime form in 2019, and landed his third Pro Bowl nod in the process…he’s now grabbed seven interceptions in the last two seasons, five of which came in 2019 in a career-best campaign, along with 65 combined tackles and 17 pass break ups. If you’re a QB targeting Haden, you’re asking for trouble. He routinely locks down the opposing team’s best wide receiver, and having Minkah Fitzpatrick patrolling behind him truly freed him up to do the damage he’s now doing in Pittsburgh.”

Even with Steelers’ fan black-and-gold glasses, having Haden ranked that high is questionable. There’s no doubting he was excellent in 2019, joining Fitzpatrick as the first Steelers to intercept 4+ passes in a season since Troy Polamalu in 2010, and his run defense is criminally underrated, but top three is pushing it. It’s fair to argue Haden isn’t even the best corner on the Steelers. Steven Nelson was superb in his first year and though he didn’t have the gaudy INT numbers, showed consistently steady play. Nelson didn’t make the top ten.

Regardless of if and how you rank them, the Steelers boast one of football’s top cornerback trios with Haden, Nelson, and slot corner Mike Hilton. Toss in Cam Sutton as quality depth at potentially every spot. The concern is the long-term health of the group. Hilton and Sutton are free agents after the year while Haden’s contract is up after the 2021 season.

Circling back to CBS’ list, Baltimore’s Marcus Peters and New England’s Stephon Gilmore were the two who finished ahead of Haden. Peters and Haden were the only two AFC North corners to crack the top ten.