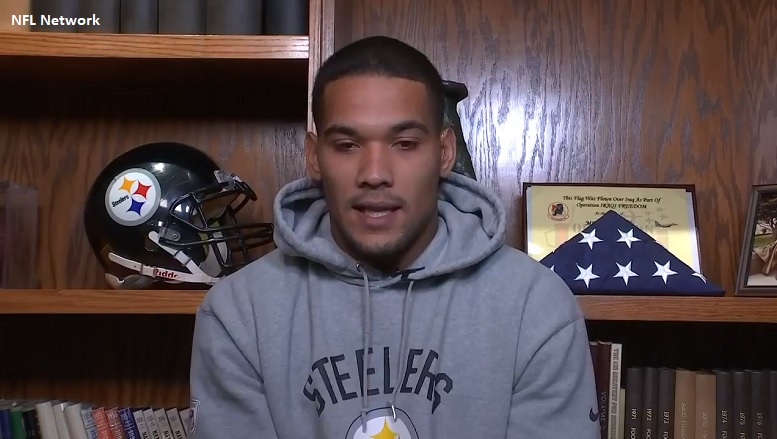 Bigotry is a difficult subject to wrap your head around at times, especially when you’re trying to figure out where it comes from. A lot of people feel as though it’s most often a product of ignorance, of somebody who doesn’t have much, or any, experience of dealing with people of the type against which they are prejudiced. Their limited exposure to black people, for example, might be negative, and that shapes their views of black people as a whole.

As you surely know, our nation is at yet another critical juncture of the seemingly neverending race discussion, for reasons that I have already talked about a few times in the past several days. While there are many agents of division trying to mash wedges in between us, however, others, perhaps even most, are spreading messages of unity.

James Conner is one of them, and he recently talked to reporters about a number of subjects, early on talking about how he has used his voice as a professional athlete and a celebrity to send a message.

I’ve been trying to use my platform. It’s kind of more about spreading awareness about—hatred, there’s more to it than that. We’ve been aware of it for quite some years now. I’m really just trying to promote togetherness and unity. Obviously, what’s been done, what is currently going on, is very wrong, but for me, I’m just gonna continue to promote, like I said, togetherness and unity, because we need change, and I think, cliché as that sounds, it starts with hope. And this younger generation, newer generation coming up, it’s on us, and young parents. It’s up to young parents to teach their kids about unity and togetherness and how we’re stronger together, so really, I’ve been trying to use my platforms to spread that.

As we have seen in the past few days, however, even those who share a locker room may have very diverse experiences. For example, Chicago Bears head coach Matt Nagy issued a mea culpa after saying that he hasn’t seen racism in the NFL. That created an internal dialogue within the organization that opened his eyes to things he apparently wasn’t familiar with.

Communication is critical, and that’s another thing that Conner wanted to emphasize. “A couple close friends of mine, they’ve reached out, and I think that’s exactly what it is. People who maybe aren’t black and who don’t understand what it’s like, I think maybe the best thing that they can do is reach out to their black friends and let them know how they feel, keep that relationship”, he said.

“They want to stay together and not get divided. Relationships can be different, but we can’t let them; we have to stay together. I think you just reach out, and I’ve had friends reach out to me, and it means a lot”.