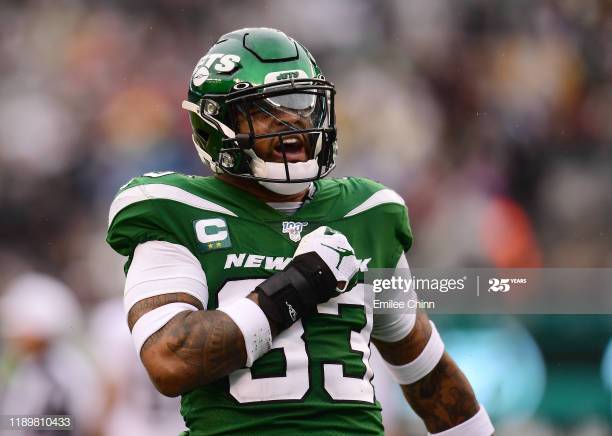 After months of “will he, won’t he” involving New York Jets’ safety Jamal Adams, it seems he finally wants out for good. Adams has officially requested a trade, per ESPN’s Rich Cimini.

The Jets-Jamal Adams situation continues to deteriorate. Adams informed the team he wants to be traded, a source tells ESPN. #Jets

Cimini pumps the brakes on a deal actually happening, the Jets have good reason to hold onto him, should he actually be on the move, Adams is probably not coming to Pittsburgh.

Adam Schefter tweeted a list of teams Adams would prefer to go to and the Steelers weren’t on that list. Included were the: Ravens, Cowboys, Texans, Chiefs, Eagles, 49ers, and Seahawks.

While Adams would sure look good in black and gold, be an undeniable upgrade over Terrell Edmunds and hey, who expected this team to trade for Minkah Fitzpatrick, the financial aspects of things make a trade highly unlikely for Pittsburgh.

Adams is going to want a contract extension sooner or later, a well-deserved payday that should make him among the highest paid safeties in the game. Chicago’s Eddie Jackson currently sits atop that list in terms of average yearly value, earning $14.6 million per year. Adams would probably surpass that.

Even his current contract is tough. Adams is due a $2.7 million roster bonus at the beginning of training camp in addition to his $825K base salary and the Steelers are tight against the cap once you factor in the rest of the 53 man roster, draft picks to sign, practice squad, etc.

2021’s 5th year option spikes his salary up to $9.86 million. Pittsburgh has plenty on their plate right now with Bud Dupree, Alejandro Villanueva, JuJu Smith-Schuster, Mike Hilton, Cam Sutton, and Matt Feiler all entering the final year of their deals. Cam Heyward is expected to receive an extension later this summer and TJ Watt is likely due for one this time next year.

After having his fifth-year option picked up by Jets this offseason, Adams is scheduled to earn $9.86 million in 2021 so that's the starting point for a new money average on an extension. I know #Steelers fans would like to have him, but just not feasibly possible economics-wise.

Adams may finally get his wish and exit New York but don’t expect the Steelers to be his next landing spot. Just hope it isn’t Baltimore.