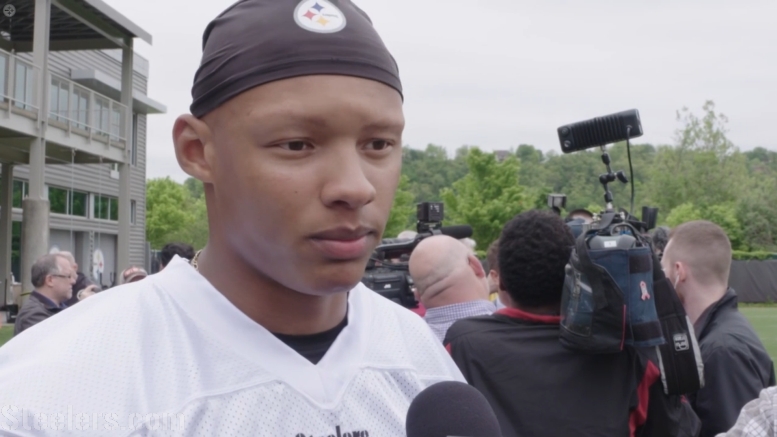 Right smack dab in the middle of one of the most divided moments in the recent history of our country, we, understandably, let slip by another that could have proven to be a great unifying moment. Over the weekend, the United States for the first time in very nearly a decade launched astronauts from our own soil up to the International Space Station (not like there’s anywhere else to go, of course).

After the demise of the space shuttle program, we have relied upon other space agencies to send our astronauts into outer space. We previously also relied upon them to send…well, everything up there. But private initiatives have since taken up the mantle and allowed spaceflight to return to the United States, with the weekend’s launch serving as a symbolic new landmark moment.

And former Pittsburgh Steelers quarterback Joshua Dobbs, who studied rocketry at the University of Tennessee and served an externship with NASA, was on hand to experience the SpaceX launch firsthand.

“I really felt the nervousness watching the countdown, knowing what those astronauts have gone through to get to this moment”, he told Peter King over the weekend. “Being able to see the teamwork involved in preparation for this launch was incredible for me. It’s so much like a football team—you see how everyone doing their job fits together and makes something great happen. That’s what I really appreciated about the experience”.

Dobbs was originally drafted by the Steelers in the fourth round of the 2017 NFL Draft. He served as the third-string quarterback behind Landry Jones during his rookie season. In 2018, Pittsburgh used a third-round pick on Mason Rudolph, and it was believed that Dobbs would be out of a job.

Instead, they determined that Dobbs performed sufficiently well to serve as the team’s backup, and they released Jones, keeping Rudolph on the bench as a rookie. The latter surpassed him on the depth chart last year, but Dobbs remained on the 53-man roster—for one week.

After Nick Foles was injured in Week One, the Jacksonville Jaguars offered the Steelers a fifth-round pick for Dobbs, and they accepted, knowing that they could re-sign Devlin Hodges, which they did. Little did they know at the time that Ben Roethlisberger would go down with a season-ending injury.

The irony is that, had Dobbs not been traded, he would have experienced more playing time—perhaps much more playing time—than he did in being acquired by a team who just lost their starter and was forced to start a sixth-round rookie. In fact, he did not play at all last season behind Gardner Minshew.

The Jaguars are going into the 2020 season with Minshew as their starter, but they also signed Mike Glennon, a veteran backup, in free agency, and draft Jake Luton in the sixth round. Dobbs will have to compete to retain his spot on the roster.