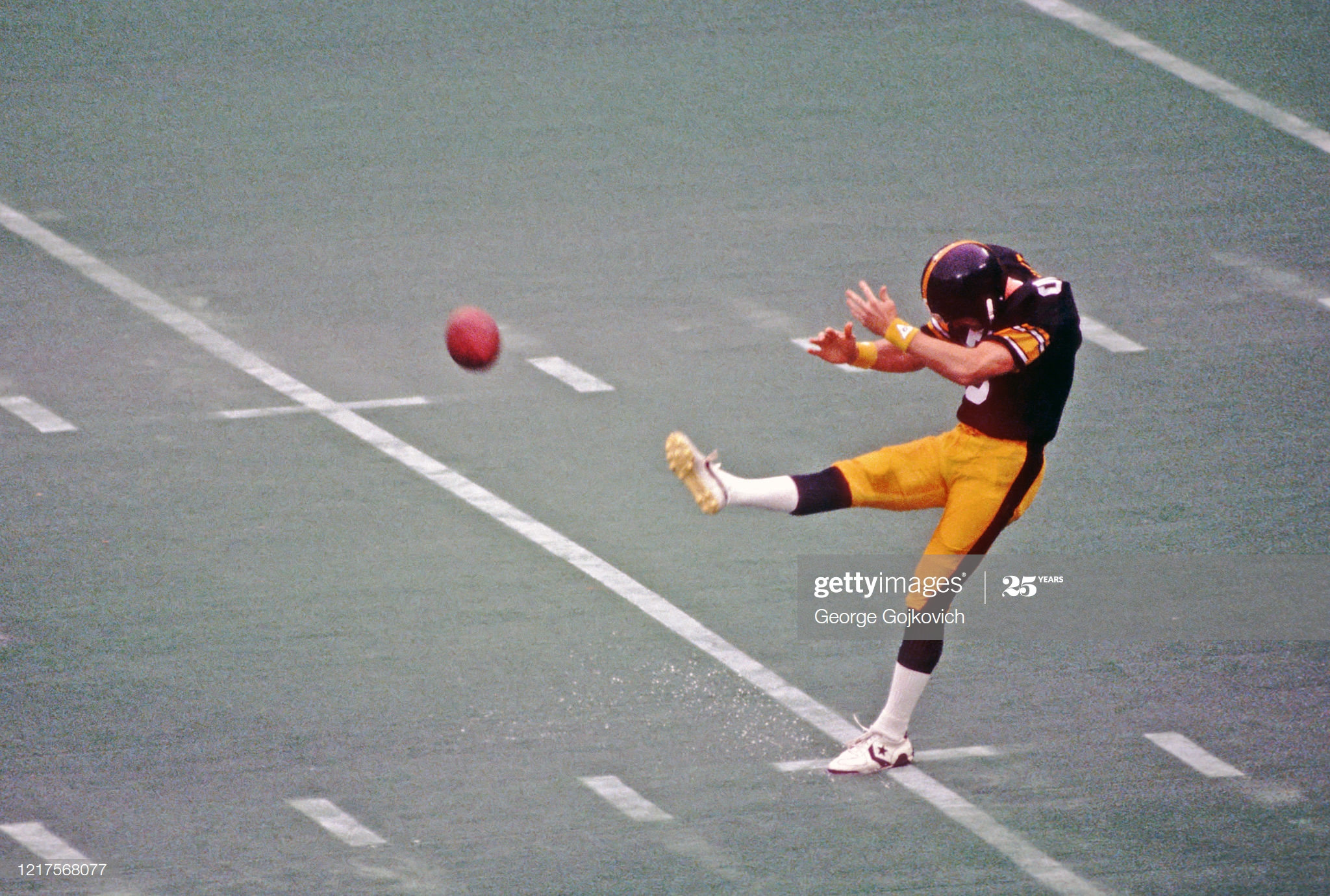 Archie Manning may have raised Peyton Manning and Eli Manning to become multiple-time winners, but he never won the game himself. Former Pittsburgh Steelers punter Craig Colquitt, however, can pair his rings up against those of his sons. Britton Colquitt won Super Bowl 50—with Peyton—with the Denver Broncos a few years ago. This past season, Dustin Colquitt claimed the most recent title with the Kansas City Chiefs.

According to NFL Research, this is the first and only instance of somebody winning a Super Bowl title and then having two sons also win a title. And of course all of them just so happen to be punters. All of them, at least, were good, relative to their time period.

Craig Colquitt was a rookie third-round pick for the Steelers in 1978. He punted in all 16 games in both of his first two seasons as the team claimed its third and fourth titles. Not a bad way to start off your career. In all, he would play six seasons in Pittsburgh, then one more with the Indianapolis Colts, before his career was over. He finished with an average of 41.3 yards per punt.

Britton Colquitt entered the league in 2010. He spent his first six seasons in Denver, but also had a three-year stint with the Cleveland Browns, and is currently with the Minnesota Vikings. He punted an astonishing 101 times for nearly 5000 yards in 2011. In the Super Bowl season of 2015, he averaged 43.6 yards per punt.

Dustin Colquitt is the older brother, and has been the Chiefs’ punter since 2005. He is among the oldest players in the NFL, now 38, and has been to the Pro Bowl multiple times. He has a 44.8-yard average for his career, and last season averaged 44.3 yards per punt.

Britton Colquitt currently has the 14th-best career average in NFL history, while Dustin owns the 25th-best career average. Craig ranks tied for 117, but relative for his time period is pretty competitive. The vast majority of the punters toward the top of the list began their career in the 2000s or later.