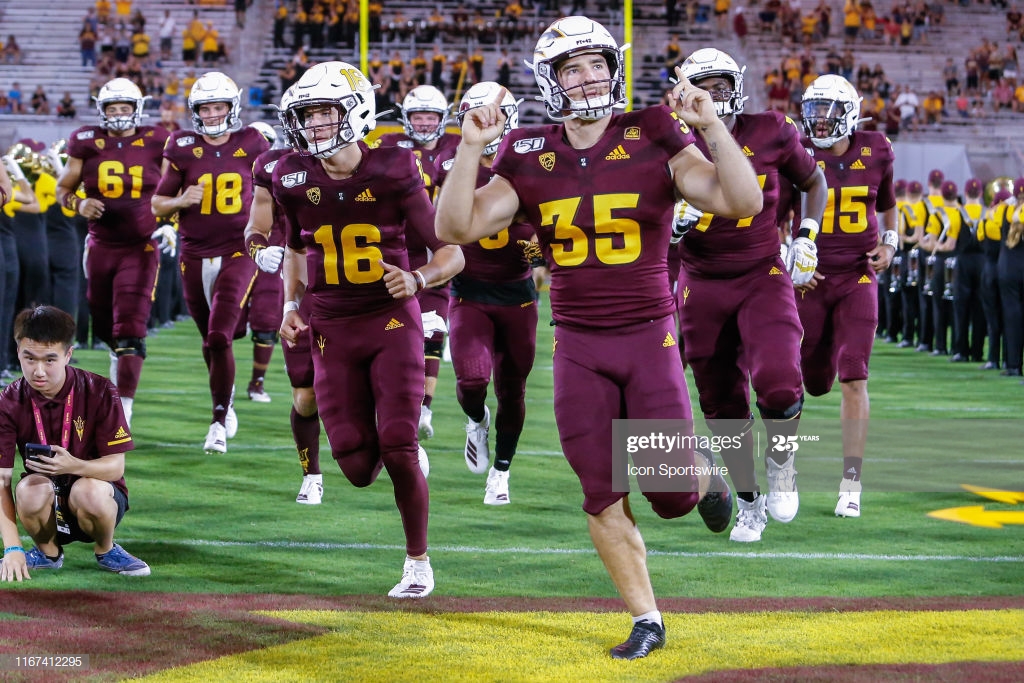 Here’s a scenario that appears to be a first for the NFL and college football. Arizona State Michael Turk, who declared for the draft in 2020 has been granted a waiver to return to school this fall.

Punter Michael Turk has received a waiver from the NCAA to return to ASU football even after signing with an agent and going unselected in the NFL.

Per ASU spokesperson, this is the first time it has ever happened in NCAA history.

As that tweet points out, Turk didn’t change his mind shortly after declaring. He left school, hired an agent, attended the Combine, where he put up 25 reps on the bar, and sat through draft weekend. He wasn’t selected, nor was he signed as an undrafted free agent, and now has been allowed by the NCAA to return to Arizona State.

The waiver came due to the COVID pandemic, not allowing Turk to workout for teams in the pre-draft process.

Covid-19 is the reason Turk was granted this waiver. He wasn’t able to participate in any pro day or visit teams to workout, which has never happened before.

So, ASU is loaded.

This isn’t Steelers-centric news but a crazy piece of draft information that’s worth sharing. It appears Turk is the only player given this exception; it’s unclear if anyone else even applied.

Turk, who averaged 46 yards per punt in 2019, will be a junior next year so he would have to declare again. But whenever he becomes draft eligible, he may be the first player ever to attend the Combine twice. The Steelers signed a punter post-draft, inking South Alabama’s Corliss Waitman. Waitman has an interesting path to the draft too. He originally transferred to Mississippi State for 2020 but had his move reversed by the NCAA, forcing him to go pro. He’ll compete with Jordan Berry this summer.

And though the circumstances that surrounded this year are unprecedented, it’s worth asking if more underclassmen will try to pursue this avenue in future years, knowing how many of them go undrafted.