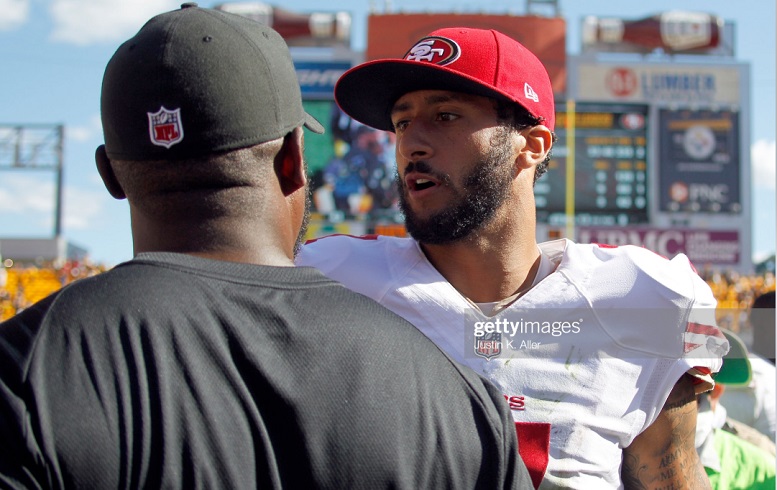 Last year, the NFL attempted to host a public workout for Colin Kaepernick that was riddled with complications—enough that Kaepernick himself chose to change the venue and hold his own workout at the last minute. Reports about his performance were generally lukewarm, noting more or less that he looked like he has always looked.

If we’re talking about pure football, though, that means that he has the talent to sign a contract with an NFL team and be on a roster. This has nothing to do with politics or salary or anything else. The bottom line is that there are absolutely, unequivocally quarterbacks currently on rosters who are worse than Kaepernick. The Pittsburgh Steelers even have a few of them (no, I’m not actively advocating that they sign him. Relax).

The difference between the time of that workout and now is that the climate around the discussion that he brought into the NFL is completely different, in the wake of the protests that erupted stemming from the murder of George Floyd.

According to Mike Florio, he has been told that “Kaepernick is in great shape, and he wants to play. And he is ‘more motivated to play than ever’”. I don’t see why that would have changes since last year. That workout was held in the middle of November.

That’s only about seven months away, and at that time, it was confirmed that he was in shape and all that. That was after two and a half years of being out of the league, so another seven months is not likely to have changed that.

While the NFL has gotten a lot of positive feedback for Roger Goodell’s video statement in which he admitted the league was wrong in silencing players’ peaceful protests, even saying, ‘I protest with you’, some still have said that they didn’t go far enough by leaving out Kaepernick’s name, whom many view as having been blackballed for his political activism and method of protest.

This season, it’s likely that we’re going to see a lot of players doing exactly the same thing Kaepernick was doing in 2016. A lot of players have come forward and expressed regret for not joining him then out of fear of the repercussions.

So what’s next for Kaepernick, assuming that he really does want to play? If that is the case, there is going to be a lot of pressure on the league to have somebody sign him. Quite frankly, it will be interesting to see how this angle develops.