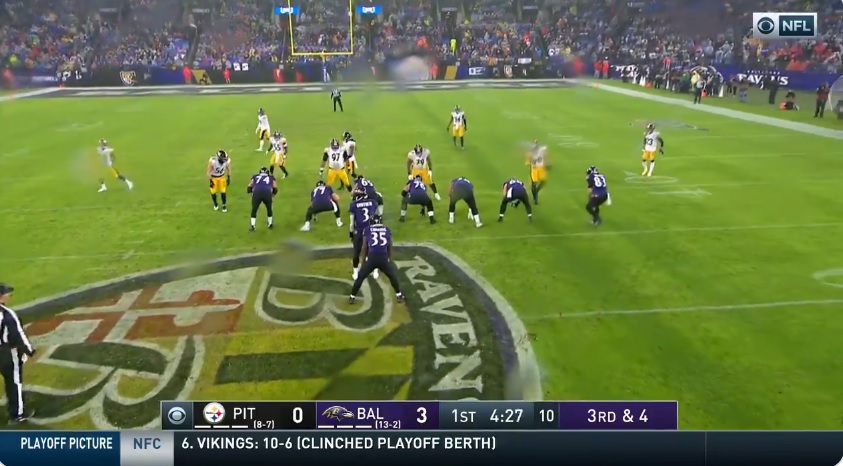 Depending on which numbers you look at, the Pittsburgh Steelers’ run defense was either mediocre last season, or actually quite good. By volume, their statistics are not overly impressive. Their 1753 rushing yards allowed—more than their own offense gained—ranked only 14th, but they also faced the sixth-most rushing attempts. Their seven rushing touchdowns allowed ranked tied for the best, and their 3.8 yards per carry allowed was third-best.

There was nothing good about their performance in the season finale against the Baltimore Ravens, in a game in which they rested their top two rushers—Lamar Jackson and Mark Ingram, a pair of Pro Bowlers—in 2019, however.

After a couple of shaky games early on, the Steelers held six of 10 opponents under 100 rushing yards, and eight of 10 under 110 yards. They didn’t allow anybody 150 rushing yards after Week Three, and the worst it got was 168, against the San Francisco 49ers, a great rushing team. But then came the finale against the Baltimore Ravens, in which they were gashed for a season-worst 223 yards, the most they had given up since Week Five in 2017.

“It was one of those outliers that happens throughout the season, you have a game or two where you just don’t play the way you’re supposed to”, safety Minkah Fitzpatrick said of that game. “It was a different type of circumstance. We knew we weren’t gonna be moving forward into the playoffs and everything else—which isn’t an excuse or whatever, but I think guys were kind of discouraged about that, and it was just tough conditions out there”.

Technically, the Steelers were not officially eliminated by the time they kicked off. Their fate had not yet been decided, even though it was less likely. And in fairness, they had just gone through a similar and heartbreaking situation the year before, winning their final game and then watching the Ravens just narrowly beat the Cleveland Browns to eliminate them from the postseason. Literally, watching on the scoreboard in their uniforms after their game was over.

They had better not, because, yes, while the Ravens were a great running team last year and set an NFL record in doing so, the fact remains they did what they did against the Steelers in that game with backups. Gus Edwards rushed for 130 yards. Robert Griffin III had 50. Rookie Justice Hill had another 39. And they just lost one of their best run defenders in Javon Hargrave.