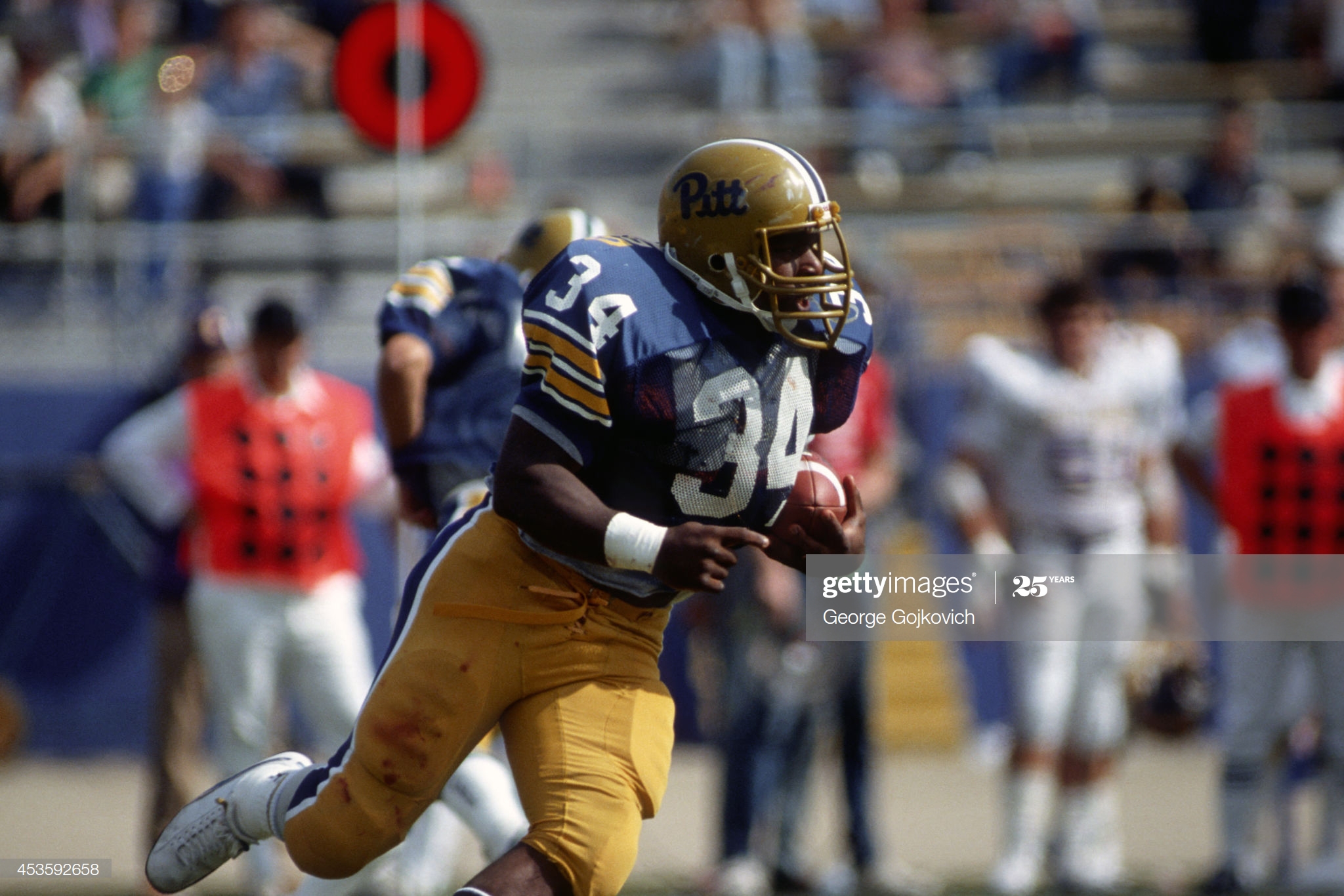 Later this year—hopefully—the Pittsburgh Steelers will be inducting three new members into the ranks of the Pro Football Hall of Fame, with Troy Polamalu, Donnie Shell, and head coach Bill Cowher all set to be enshrined as the 2020 class—the latter two part of the centennial selection committee, with the former having been chosen on the first ballot.

If all goes well, they may have a few alumni entering the ranks of the College Football Hall of Fame for the 2021 class next year, the candidates for which were announced today. Several names with Steelers ties are present, though perhaps the most notable never played for the team.

That would be Craig Heyward, the fullback who was a star at Pitt during his college playing career. While he never played for this Steelers, his son, Cameron Heyward, has developed into one of the great defenders in recent team history, and ‘Ironhead’ remains beloved in the city.

Pitt great Craig Heyward has once again been named to the voting ballot for the 2021 College Football Hall of Fame induction class!

RT if you think “Ironhead” deserves to be in the @CFBHall…

Three other players who actually played for the Steelers are also among the several dozen finalists, namely wide receiver Antwaan Randle El, tackle Flozell Adams, and cornerback Donnell Woolford. None will be entering the team’s Hall of Honor any time soon—in fact, none spent more than five total years with the team—but nevertheless, they’re there.

Randle El was the only one of the three who was drafted by the Steelers, a second-round pick in 2002. He played out his four-year rookie contract before leaving in free agency, but would return for one final season in 2010. He was named first-team All-Pro in 2005, his final season in Pittsburgh, as a punt returner, averaging 10.2 yards per return with two touchdowns.

Adams spent just one season in Pittsburgh—also in 2010, the final year of his career—after over a decade with the Dallas Cowboys. He was signed to play right tackle after Willie Colon was lost for the season in the Spring. They made it all the way to the Super Bowl, and his teammates wanted to try to give him a Super Bowl ring, falling just short.

As for Woolford, he was a first-round pick of the Chicago Bears in 1989, and he played there for nine years. He spent the 1997 season with the Steelers, registering four interceptions. The team went 11-5 that year, advancing to the AFC Championship game, where they lost to the eventual champion Denver Broncos.

Roughly 15 or so individuals are enshrined every year into the College Football Hall of Fame, with a candidate list that is far larger than that of the Pro Football Hall of Fame. Requirements for eligibility include having been a first-team All-American, and post-career life also plays a role in the voting. Finalists will not be revealed until next year.