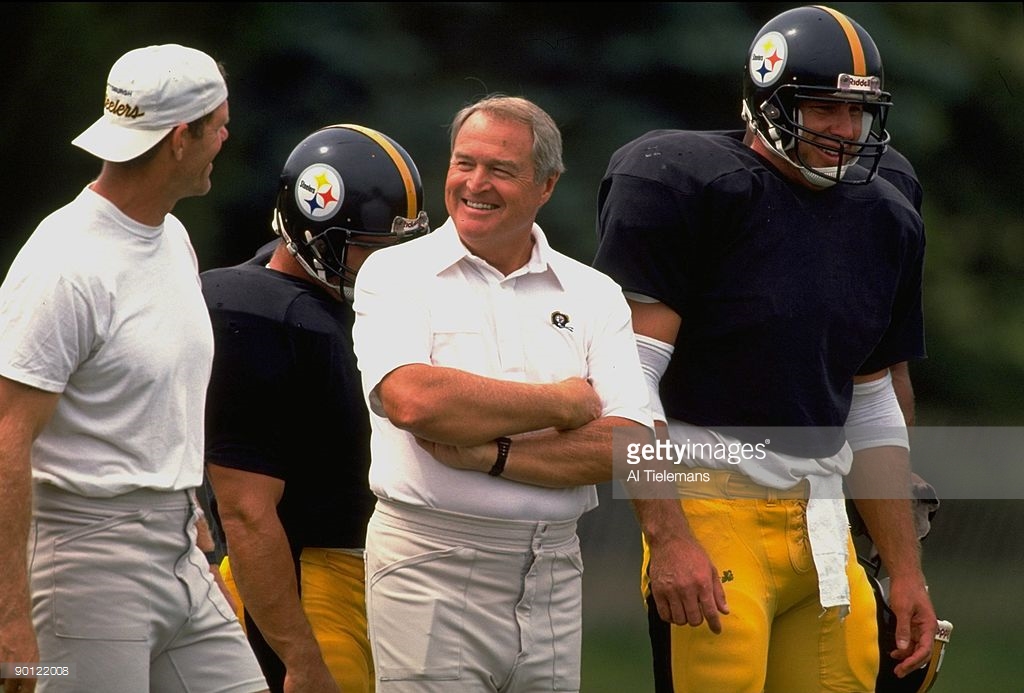 If you were to assemble a ‘Mount Rushmore’ of your favorite team, who would be on it? This is a pretty common question asked in sports…especially during the offseason for some odd reason. Now…what if Mount Rushmore had four figures instead of five? Wouldn’t that be something?

Well, CBS Sports has you covered, because they recently embarked on putting together a ‘franchise five’ for every team. The five chosen: Chuck Noll; Ben Roethlisberger; Joe Greene; Troy Polamalu; and Franco Harris. The only restriction was the limitation to one quarterback, one coach, and then three other players. So what do you make of this ‘franchise five’?

The good thing about the Steelers is that, given their history, it would be pretty difficult to come up with a ‘bad’ five. They have a ton of Hall of Famers, after all, with Polamalu to be added in a couple of months and Roethlisberger to follow five years after he retires. The others all went in on their first ballot.

But there are, of course, so many greats left off this list. The Jacks, for example, Jack Ham and Jack Lambert, two of the greatest linebackers to ever play the game. I believe both of them were included on the NFL 100 All-Time Team. A couple of cornerbacks, as well: Mel Blount and Rod Woodson. Both won the Defensive Player of the Year Award, as did Lambert—and Greene, twice. Polamalu also won it.

Then there’s always the quarterback debate. By the numbers, Roethlisberger blows the doors off of Terry Bradshaw. But Bradshaw played in a much different era under very different rules, and you can even see how his own numbers changed as the rules were loosened to favor the offense. And he does have those four shiny rings.

Still, I understand it’s not part of the rules, but it feels really unnatural to have any type of honorific of Steelers history that doesn’t include a member of the Rooney family, a name synonymous with the organization. You’ve got to throw Dan Rooney up there, no? He certainly would be if it wasn’t limited to players and one head coach.

I’d love to get an offensive lineman in there, too, with Mike Webster and Dermontti Dawson just sitting there, but it’s understandable why neither were included. Frankly, it tends to be lesser franchises who end up with linemen ranked among their best, when they don’t have skill position players or defensive playmakers who helped win championships and change the game.

Not that this all means anything. It really doesn’t. So let’s just turn it over to you. Using the same restrictions, what is your Franchise Five for the Steelers? Remember, one head coach, one quarterback, and three other players. I’m sure everybody is going to choose Noll, and a majority will probably pick Roethlisberger, but the rest should be interesting to see.