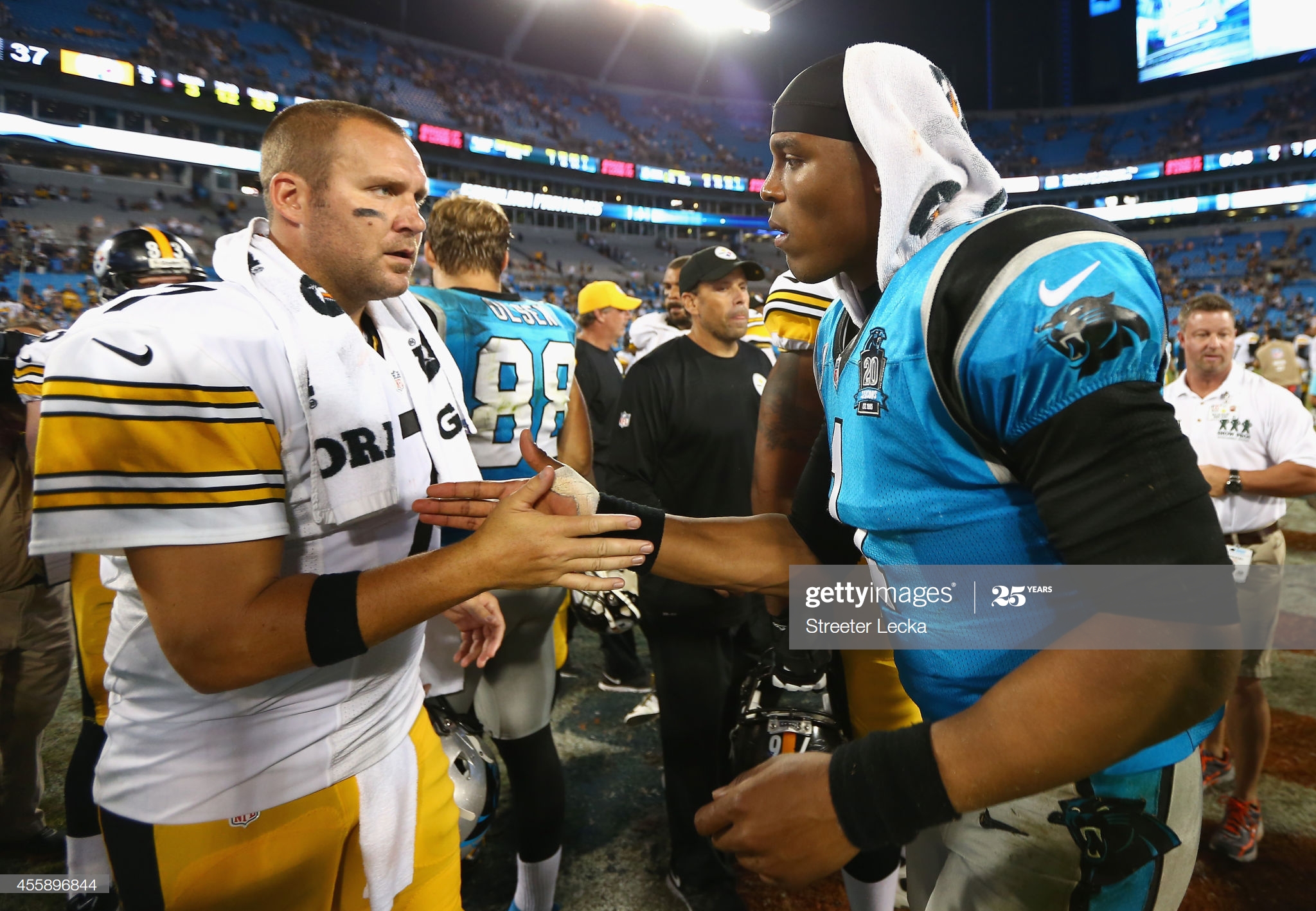 If you’re a betting man, you might care about this; if you’re not, then there is a good chance that you won’t. But with the news coming out yesterday that free agent quarterback Cam Newton was signing a one-year contract with the New England Patriots, that had an immediate effect on betting lines, with the team going from projecting a second-round nobody under center to a former MVP.

Not just on the betting lines for individual games, but also for the individual award that Pittsburgh Steelers fans might care about: the Comeback Player of the Year Award. The last time I checked, most sports books had quarterback Ben Roethlisberger either the odds-on favorite or tied as the most likely to win, after missing almost all of last season with a torn up elbow.

The unretirement of Rob Gronkowski muddled things up a bit, and for a period of time some had Gronkowski as the favorite, but after Roethlisberger shaved his beard and a couple of videos of him throwing a football around got out, things began to balance out in the favor of the position that almost always wins the award: quarterback.

Now that Newton has settled into a team, however, he is a fast riser, going from +1800 all the way to +340 to win the Comeback Player of the Year Award overnight. The former first-overall pick missed the final 14 games of last season—like Roethlisberger—due to injury, in his case a Lisfranc fracture.

Because of his injury status, the Carolina Panthers had great difficulty finding a trade partner for him, and they ultimately wound up releasing him in the final week of March. He remained available to be signed by anybody since then, but anyone signing him would have to be comfortable with his injury status.

Giving him an incentive-laden contract helps. While Newton’s deal with the Patriots is essentially the minimum, it can be valued up to about $7.5 million if he hits certain incentives, likely tied to playing time, statistics, awards, wins, or a combination thereof.

Some sites, as of this writing, have not yet updated their odds, but pretty much every one that has now has Newton with the second-best odds, over Gronkowski, to win the Comeback Player of the Year Award, with the Steelers’ Roethlisberger still favored overall. J.J. Watt is often fourth.

The fact that he landed with the Patriots is not going to hurt his odds at all. While he hasn’t technically been handed a starting job, I’m sure even Jared Stidham’s parents don’t actually think he is going to be the starting quarterback when the season opens at this point.