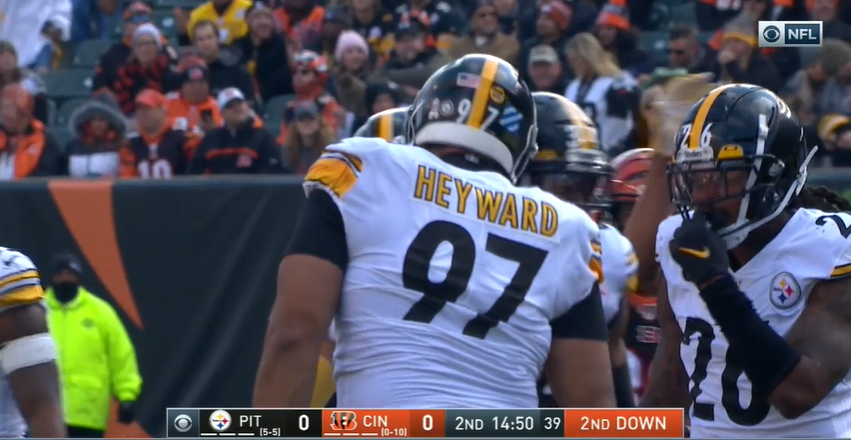 Yesterday, we brought you a tape breakdown showcasing Cam Heyward’s fanatical effort through the years. Reader falconsaftey43 took it a step further, compiling a shortlist of the best defensive linemen in football and the number of 10+ yard tackles they’ve had over the past five years.

So I took the baton and wanted to pull up all the data. Since 2013, when Heyward became a full-time starter, here are the DL league leaders in tackles of 10+ yards. Ones that generally show serious effort by a big man. Stats come courtesy of Pro Football Reference’s Play Index.

Heyward ranks fourth in the league, only trailing Hughes, Dunlap, and Richardson. Hughes, to be fair, is a hybrid player, much lighter and quicker than the others on the list. Another point of context. Though not a drastic difference, Heyward has played fewer games (102) than anyone else on the list. Had he not been limited to seven games in 2016, for example, he may have rivaled Hughes for the top spot.

This is the marrying tape and statistics. Pull up the All-22 and you’ll see Heyward making plays far downfield. And delve into the stats and you’ll unsurprisingly see him near the top spot, too.

If you’re curious, looking at just Steelers’ defensive linemen, here are their leaders over the same time frame.

Heyward’s 22 is more than the next four on the list, who total up to just 16. He has the advantage of being on the roster for every single one of those years but still, that difference is stark and speaks to the down-to-down effort he shows. It’s also cool to see Hargrave so high on the list and reflects what we mentioned in the video. Heyward’s effort sends a message to the rest of the room to play with the same high-level intensity.