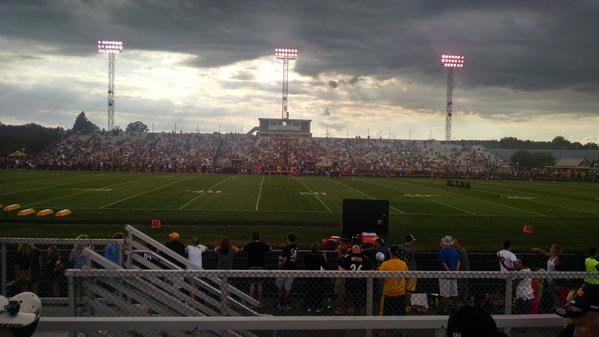 Topic Statement: The Steelers will join most of the NFL in the next decade in holding their training camps at their own practice facility.

Explanation: Over the course of the past two decades, the NFL has gone from 10 teams holding their practices at their own facility to 22 teams. This year, all 32 teams will hold their training camp at their own facilities for obvious reasons, but teams are more and more moving in this direction anyway, and more are likely to follow. The Steelers have the second-longest active relationship with their off-site training camp location in the NFL, behind only the Packers with theirs.

A decade is a long time, so it’s hard to say that this won’t happen during that span. The Steelers have been going to Saint Vincent College for 54 years. Chuck Noll Field is located there. The team and the college have a great relationship. But things change.

Teams use their own facilities because they have more control over the environment. It’s cheaper and easier. It’s less of a departure from their regular season routines. That’s why we see relatively few teams going away at this point.

And then you have some health experts saying that some things about the way we go about our lives are going to permanently change. The reason the Steelers are not going to Latrobe this year is because of Covid-19. We don’t know what’s coming later this year, or next year, and whether that will be another round of this, or something else. Maybe Saint Vincent doesn’t want to risk hosting hundreds of players and personnel for a month a year anymore.

When a team and a training camp site have such a longstanding relationship, you know that they have things worked out. The Steelers have tailored a lot of the campus to fit their needs, through the donation of weightlifting equipment and things like that. For the campus, it’s good business, and good public relations. Neither has any motivation to break that relationship, which is why the Steelers have pretty much made it clear that the only reason they’re not heading there this year is because they weren’t given the option.