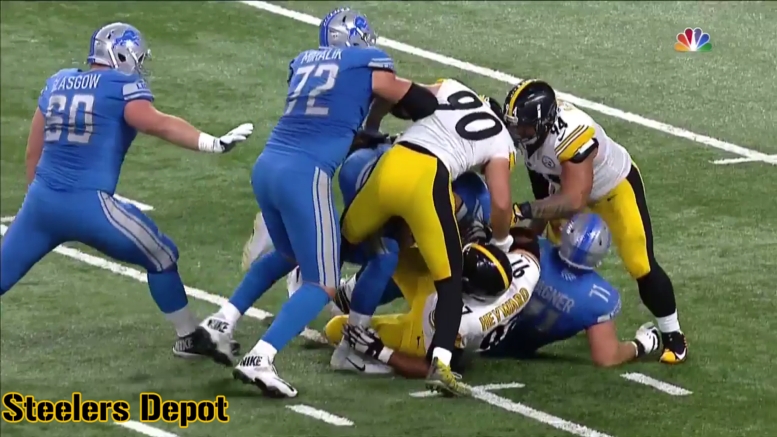 By now, the Pittsburgh Steelers should be wrapping out their OTAs and starting on mandatory minicamp, or something along those lines. The point is, Spring workouts should be just about over, but in this climate, amid a viral pandemic, they never even occurred. While there is the smallest chance of some type of official on-field work being permitted before training camp, the odds of that happening are so remote as to deem it not worth considering.

That doesn’t mean players are just sitting on their couches all day, though. Or even that they’re just training on their own. Yesterday, the bulk of the Pittsburgh Steelers’ front seven was spotted working with trainer Brandon Johnson, who specializes in working with both defensive and offensive linemen.

He shared a couple of videos from the training session that included Cameron Heyward, Tyson Alualu, Daniel McCullers, T.J. Watt, Bud Dupree, Olasunkanmi Adeniyi, and Tuzar Skipper. Perhaps there were more, but these are the players who were named.

Under normal circumstances, these guys would all be working together at the Steelers’ UPMC Rooney Sports Complex anyway. Now, they’re just doing it on their own. Alualu, as we have already written about, has talked about the fact that he has been working with some of the other defensive linemen.

And other defenders have been involved in workouts with teammates as well, such as Marcus Allen, who has shared some video evidence of this on his own social media pages.

One can only hope and trust that they have all taken every precaution possible to be safe while working out, which first and foremost consists of thorough quarantining, and ideally having actually been tested for the coronavirus.

It does have to be said that not everybody takes the pandemic as seriously as others. Maurkice Pouncey’s remarks recently sounded a bit flippant with regards to the severity with which he views Covid-19. I just hope that doesn’t coincide with lax safety practices, because exposing yourself means also that you expose everyone you come into contact with.

With that being said, it’s still great to see members of the team able to get together and train, and I’m sure this was probably done with the blessing or at least knowledge of members of the team, perhaps the strength and conditioning staff, and presumably Mike Tomlin.

As it currently stands, the Steelers are scheduled to gather for the first time this year on July 22 to break camp at Heinz Field. From the looks of it, I would expect these guys to report ready to hit the ground running, very eager to get back to football.