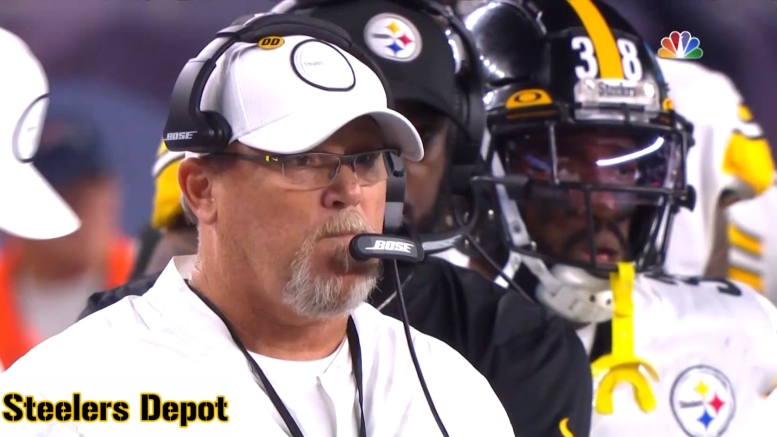 Question: Is Randy Fichtner’s job (as offensive coordinator) on the line in 2020?

For the past two seasons, and now going into three, Randy Fichtner has been the Steelers’ offensive coordinator. For the first two seasons, he also served as quarterbacks coach, a role he has had for most of Mike Tomlin’s tenure as head coach of the team.

Tomlin recently said that bringing in Fichtner to be a part of his original coaching staff in 2007—first as wide receivers coach—was the easiest call he ever made. In that regard, it seems incredibly likely that he would actually fire Fichtner if the offense continued to lag in 2020 with everyone back healthy.

Not that it’s impossible. He is also close to Joey Porter—even took their sons to their football games together, for example—but he still let the former outside linebackers coach’s contract expire. In Fichtner’s case, though, I think it’s more likely that they would shift his title, if some type of move were made, rather than let him go.

A team’s offensive coordinator is pretty frequently one of the most, if not the most, disliked figures on a team. There was Fire Todd Haley, and before that, Fire Bruce Arians. Fire Randy Fichtner started before he even called a play. But if his gameplan is not sufficient enough for a team at the end of a Super Bowl window, a decision has to be made.