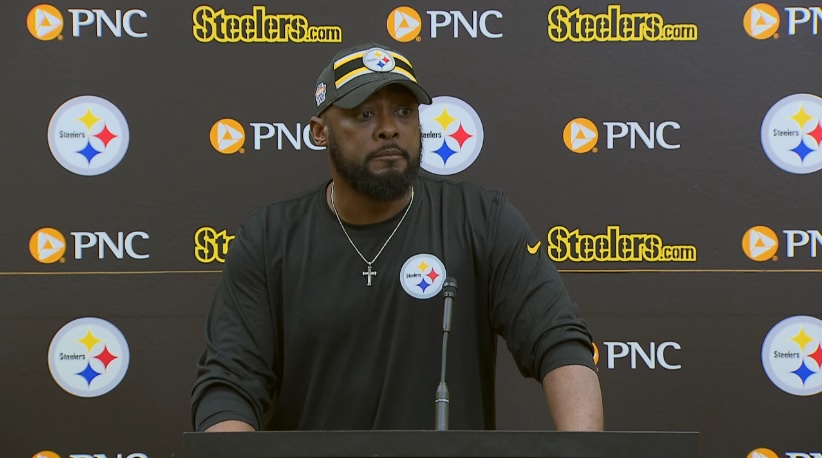 There’s nothing quite so magical in the world of sports as speculating about win-loss records several months before games are expected to be played. You can really feel the electricity in the air every time a new prediction piece is published, giving fans of each team something to brag or complain about, depending on the number of wins assigned to them.

For Pittsburgh Steelers fans, though I think most will be pleased with what the USA Today sees as being in store for their team this year. Especially considering they’ve only won 17 games over the course of the past two seasons, and made the playoffs in neither year.

They project an 11-5 record for the Steelers, a three-win improvement over last season. And as you might imagine, a good deal of that can be chalked up to the anticipated return of Ben Roethlisberger, who when last healthy threw for over 5000 yards and 34 touchdown passes, both of those numbers being franchise records. Nate Davis writes:

QB Ben Roethlisberger rejoins a squad that nearly reached postseason in 2019 while restoring its defense to top-five status. Pittsburgh lost its final three games last year but will face only one 2019 playoff team over its final five weeks in 2020.

There is but one small problem—they also have the Ravens doing very well, in fact predicted to have the best record in the league at 13-3. They did go 14-2 last season, and starting quarterback Lamar Jackson is 19-3 as a starter during the regular season in his career.

Never fear, though. That is still the fifth-best predicted record in the league, and the best of any non-division winning team, so they believe Pittsburgh will be slotted into the first (of now three) wildcard seeds in the AFC. The Broncos and Titans are seen as the other two wildcards in the conference.

The Steelers have the second-easiest schedule based on winning percentage, for whatever that is worth, and we know that it can mean very little by the time games are played. Only time will tell before we see what the 2020 season holds in store for this Pittsburgh team, which as is often the case has a load of talent, but also some pretty significant question marks.