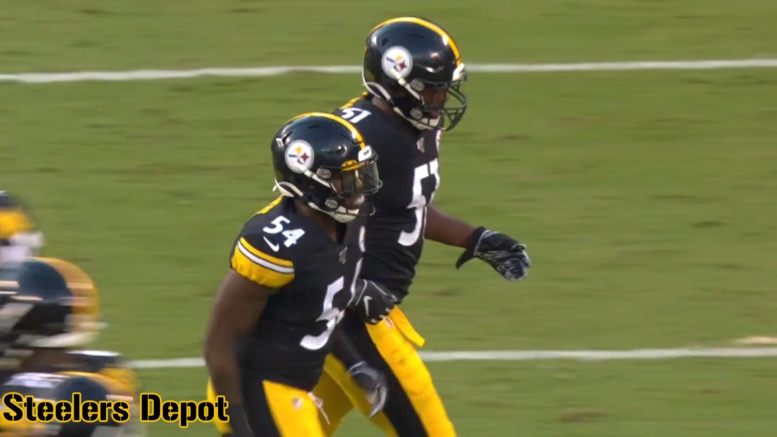 At least historically, there probably isn’t another franchise in the NFL who has a more decorated history with picking players from smaller schools, having both the skill and the confidence to bring them into the fold and giving them the opportunity, and the coaching, to blossom. Many key cogs of their 1970s dynasty were found from such schools, including some Hall of Famers in John Stallworth and Donnie Shell.

More recently, they had a homerun swing with Javon Hargrave, a third-round pick in 2016, who just played his way out of town. Over the course of the past four seasons, he carved out a niche for himself that earned him the second-highest nose tackle contract in NFL history—second only to another also handed out this year.

The small-school guy this year is Alex Highsmith, but there have been others. Take Ulysees Gilbert III, the third of three sixth-round picks for Pittsburgh in last year’s draft. He came out of Akron, and all he did from the day he stepped into the facility was to showcase that he belongs. He made the team, and carved out a special teams role immediately, putting himself in position to do even more in 2020.

“They believe in guys that don’t always get all the publicity”, he told Brooke Pryor for ESPN on a story about the team and their history of taking chances on players outside of the Power 5 schools, centering on this year’s selection on Highsmith out of Charlotte.

“At the end of the day, there’s so many great athletes all over the country and all over different schools”, he added. “You never know the real reasons why they couldn’t be at the Ohio States and Michigans of the world. That doesn’t mean they’re not great players”.

The Steelers also have plenty of players from Michigan, and Ohio State, now even Alabama—and for some reason, Maryland all of a sudden. But they also have a left tackle from Army. They have a right tackle from Bloomsburg. Kevin Dotson follows Ike Taylor out of Louisiana-Lafayette. The Toledo Rockets have three guys on the 53, including Diontae Johnson. Oh, and there’s always the RedHawks’ star quarterback, Ben Roethlisberger.

“When they have people like that come from schools like that making great impacts, why not continue to try and find that missing piece or that diamond in the rough that nobody’s looking at?”, Gilbert asked. “I think that’s their mindset, knowing they get small-school guys that want to grind and work and make an impact”.

Now, the Steelers are by no means the most active team in acquiring talent from smaller schools. The Baltimore Ravens and perhaps the Seattle Seahawks would be better ambassadors for that mindset over the past decade. But when the right player comes along, Pittsburgh doesn’t hesitate to pull the trigger. Just ask half of their linebacker room.