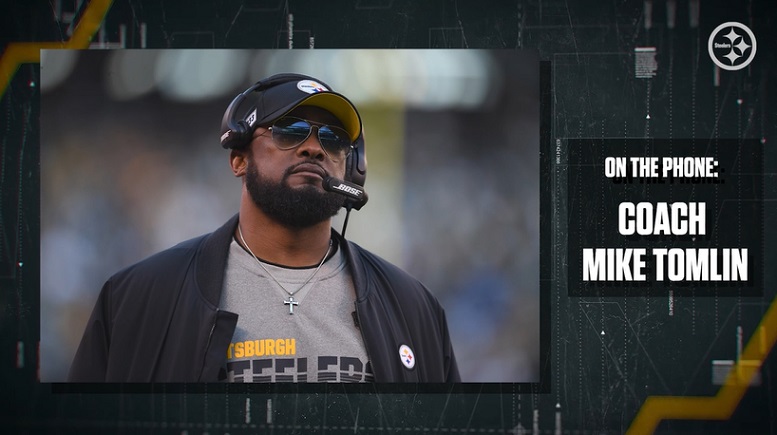 Do you have high expectations for the Pittsburgh Steelers 2020 rookie class? Because of the impact on the 2020 offseason that the coronavirus has had, it’s hard to imagine that any member of the Steelers rookie class will have much of a chance to contribute extensively this year outside of special teams. On Saturday, Steelers head coach Mike Tomlin said as much when he addressed the media midway through the team’s virtual rookie minicamp that’s going on this weekend.

“This class is going to be affected by these circumstances,” Tomlin said Saturday. “It’ll be fair given that this class globally will be affected by these circumstances. Not only the Pittsburgh Steeler rookies, but all the rookies throughout the National Football League. I’m sure it’s going to affect their ability in some instances to participate and the amount of participation and contribution, but we’ll all understand the ramifications of that as we walk the journey. And until then, I don’t waste a lot of time worrying about what that might be.”

Like it or not, teams not being able to put in time on the practice field this summer due to rookie minicamps, OTAs and mandatory minicamps being wiped out due to the coronavirus pandemic is going to make it very hard for the rookies around the NFL to make noticeable impacts. Sure, some will around the league, but the percentage that normally do on a yearly basis will almost assuredly be down.

Three of the Steelers six draft picks this year, wide receiver Chase Claypool, outside linebacker Alex Highsmith and safety Antoine Brooks Jr., all have special teams experience and thus all three should be able to get on the field right away for the team in that phase of the game. Additionally, it will be interesting to see if one of the Steelers other three draft picks this year, running back Anthony McFarland Jr., will be given a chance to function as a returner at some point during his rookie season. While the Maryland product only returned one kickoff in his two collegiate seasons, he certainly seemingly has the skill set to return both kicks and punts at the NFL level.

Both Claypool and McFarland should be able to see the field at some point during the 2020 rookie seasons. Claypool should be able to start with some red zone package work while McFarland can likely be given a few snaps a game in the Steelers backfield throughout his rookie season. As for the other offensive player drafted by the Steelers this year, guard Kevin Dotson, he’s likely to serve as a backup for most of his rookie season and especially during the first half of it.

Luckily for the Steelers, they look to have an experienced team in 2020 on both sides of the football. Sure, they added a few new faces like fullback Derek Watt, tight end Eric Ebron and guard/center Stefen Wisniewski, but all three of those players have a lot of NFL experience already under their belts. Barring multiple injuries, the Steelers shouldn’t need a lot of contributions from their 2020 rookie class outside of special teams help this coming season so the fact that this year’s group a first-year players are likely to be heavily impacted this summer due to everything being virtual in nature shouldn’t be a huge cause of concern.