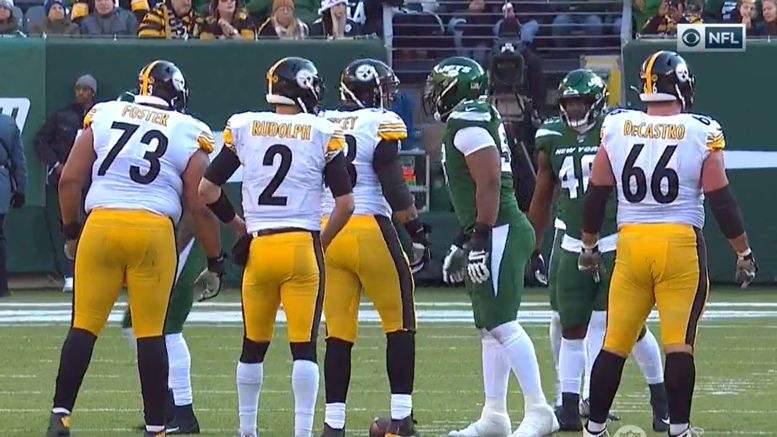 All along, throughout the offseason, the word that the Pittsburgh Steelers used when talking about Mason Rudolph was ‘comfortable’. They’re ‘comfortable’ with him being the backup. While that’s not nothing, it was never a ringing endorsement, either.

Yesterday, while head coach Mike Tomlin was fielding questions for Steelers Nation Unite, he was asked about what their plan was behind Ben Roethlisberger going forward. While he defaulted toward Rudolph, though, his response left things open.

“We like to sort those things out through competition, obviously, but as we’re positioned today heading into this thing, Mason Rudolph is our backup quarterback”, he said, “and we have some capable guys who’ve logged some time and gained some interest for a variety of reasons vying for the other spots”.

Rudolph, the Steelers’ 2018 third-round draft pick, and a player they went out of their way to note that they graded as a first-rounder, started eight games last season, with what can at best be described as mixed success, and included him being benched in favor of an undrafted rookie from a small school for several games in Devlin Hodges.

“Hodges played some last year because of obvious circumstances, and we were able to pick up Paxton Lynch, who was a former first-rounder, in the midst of the journey a year ago”, Tomlin noted. “So we have some candidates. Mason Rudolph really had an opportunity to gain some experience last year, and we expect him to be better. I think he expects to be better. We’re comfortable with the mix that we have right now, but not that we’re opposed to getting better at any position as we proceed, if it makes sense to us”.

Personally, I wouldn’t put much stock in him saying that they’re ‘not opposed to getting better’, because that’s a line the organization always uses when they’re asked about potentially exploring the free agent market at a position where people are motivated to have them explore.

That said, I do think it’s worth noting that he wasn’t exactly going all-in on the Mason Rudolph bandwagon, and immediately went to the ‘we like to sort those things out through competition’ line. Is he trying to talk up Hodges and Lynch, or is he being sincere? ‘As we’re positioned right now’, Rudolph is the backup. How will you be positioned in September, and to which backup will that align?

I don’t know that that translates into there being an ‘open competition’, so to speak, but it does leave room for there to be some flip-flopping on the depth chart later this year, whenever they are able to get on the field. They’ll be rooting for Rudolph, since they presumably still see that potential in him, but this is the closest they’ve come to saying he might not end up as the backup by September.