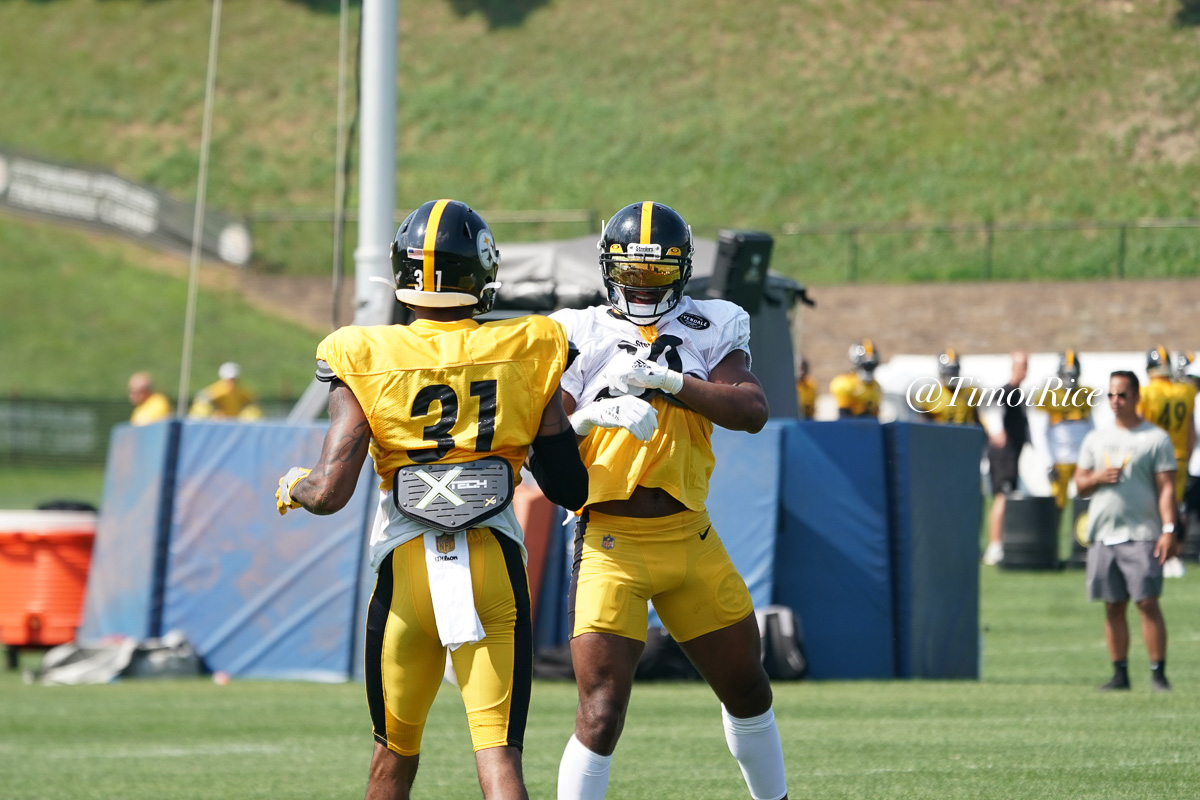 A player’s second year is the one Mike Tomlin and the Pittsburgh Steelers view as critical. The “sophomore leap.” No longer are their heads swimming with the transition to the NFL and all that it brings; new coaches, new scheme, new pressure. Consider CB Justin Layne in that boat and Tomlin, speaking with fans on a Steelers Nation Unite conference call.

“And the cornerback position, we’re really excited about Justin Layne in the same way [as Devin Bush] was a rookie a year ago. We took him out of Michigan State, he was inactive early on and then carved out a role for himself as a special teamer. So he’s going through the natural participation developmental process and really distinguished himself in a positive way in a practice setting over the second half of the year. Those are usually signs that a guy’s going to take the step in the second year. So we’re excited about him and his development and what he might bring to us at the cornerback position.”

Layne ultimately played ten games as a rookie. He logged 90 snaps, all on special teams, ultimately overtaking Artie Burns as a starting gunner on punt coverage midway through the year. He played reasonably well there, recording three tackles.

His time on defense was exclusive to the preseason was less than stellar. It started with a rocky preseason opener against Tampa Bay, getting thrown to the fire as a starter due to injury. Here’s what we wrote on Layne coming out of his first training camp.

“Justin Layne: Took his lumps, especially in the opener against Tampa Bay, but that’s to be expected. He’s raw, lacking strength and technique in stopping the run. But he’s got “want to” as a tackler and did well defending the ball vertically. Consider 2019 a redshirt year, when healthy, he should be inactive, but we’ll see what progression he makes next year.

Predictably an up-and-down rookie year. That’s no surprise. Layne came out a year early, making him a should-be senior in 2019, and was billed as a relatively raw player transitioning from wide receiver. So it’s unfair to paint his rookie season as anything resembling a complete player. But that makes 2020 a big year in figuring out who he is and if he can provide valuable cornerback depth behind Steven Nelson and Joe Haden. Let’s hope Tomlin’s optimism rings true.