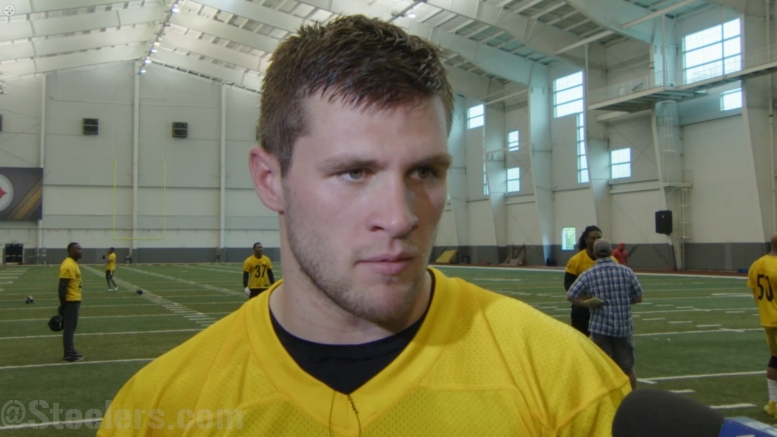 Many people feel that the ‘great ones’ tend to have certain traits, a drive to be great. Wisconsin’s outside linebackers coach saw that in T.J. Watt, who was originally recruited, like his older brother, to the school to play tight end before moving over to the defensive side of the ball because he was not getting opportunities to play.

He did start to get playing time after the move, thanks to the training of Tim Tibesar, his new position coach, and he played well enough to earn a first-round status, taken by the Pittsburgh Steelers late in that round in 2017. He has since become one of the top defensive players in the NFL.

“The thing that always stuck out to me was just how driven he was to become great, and wanted to do whatever he could”, he told Brian Batko of the Pittsburgh Post-Gazette last week in a story about the Watt brothers who are now members of the Steelers.

“We’d play a game on Saturday afternoon, and that night, I might get a text or call, everybody else is out celebrating the game, and he’s at home, studying the tape, asking me, ‘hey, coach, how could I have done this better? How can I get to the quarterback when they put two offensive linemen on me?’”, he said of Watt. “That’s where I’d text him back, ‘hey T.J., take a breather and enjoy the win’”.

He doesn’t really seem to have changed much at all since those days. Usually the first thing that he talks about after a win during which he played well was the plays that the didn’t make. He will never be satisfied until he makes every play and pretends the opponents from scoring any points. Maybe not even until he intercepts the pass or forces a fumble on every play. Perhaps then he’ll be content with his level of play.

Until then, however, he will continue to push himself to work as hard as possible at getting better than he was the day before. So far, that’s worked out great over the course of his first three seasons, going from a promising rookie season to a Pro Bowl campaign in year two, and then making first-team All-Pro with a legitimate run at the Defensive Player of the Year Award last season.

No matter what he does, however, he knows he’s still well behind his brother, J.J. Watt, who is the only player other than Lawrence Taylor to win the Defensive Player of the Year Award three times. Whenever he’s healthy, he continues to show himself to be one of the top defenders in the NFL.