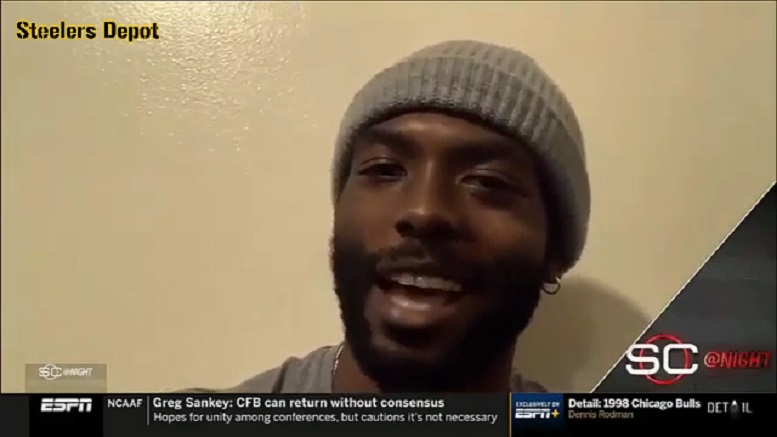 It seems at times that the only thing there is to talk about in the NFL right now is the Pittsburgh Steelers and why they hate quarterbacks whom they don’t already have under contract. After being eviscerated by blathering talking heads of both the national and local variety—a rare union—the front office continues to get hammered because of their evident disinterest in the veteran backup market, witnessing Jameis Winston sign for an affordable contract and showing no signs of going after Cam Newton.

Aside from the obvious financial explanation for why the Steelers are not looking at the veteran free agent market right now, there is always the possibility, hard as it is for some to believe, that the team is actually comfortable in the group of quarterbacks on the 90-man roster.

With a future Hall of Famer at the top, whom they can do nothing but hope is able to return from elbow surgery, and a pair of young arms who started a combined 14 games last year, they also retain Paxton Lynch, who at least has pedigree. Then there’s the forgotten man from THE Ohio State University, J.T. Barrett.

Barrett, an undrafted free agent originally signed by the New Orleans Saints in 2018, first came to the Steelers on Christmas Eve last year, signed to the practice squad after Mason Rudolph suffered a season-ending injury against the New York Jets. He was retained on a futures contract after the season ended.

The former Buckeye was recently on SportsCenter, and he was asked why he felt being with the Steelers was a good spot for him right now after spending time with the Saints and Seattle Seahawks prior during the 2019 calendar year.

“Just the opportunity to play”, he said. “I’m just there trying to do my best and learn as much as I can and hopefully contribute to the team”. It also doesn’t hurt that, as he said, his mom had been a big fan of Mike Tomlin for years.

Now on his third team, and going undrafted in spite of a prolific college career that saw him surpass Drew Brees for the most offensive yards in a career in the Big Ten, he realizes his road to NFL success hasn’t yet brought him to where he would like to be. Yet he goes on.

“Opportunities come for those who continue to work for it”, he said. “I still believe I have the ability to play at a high level, and just working through that each and every day to still be able to show and prove that, I think that’s something we’re all trying to do. I’m just staying to it”.

It’s fair to say the odds are against Barrett, who is behind four quarterbacks who have in-game NFL experience, including multiple starts. The fact that he won’t be on the field any time soon also works against him. But crazier things have happened.