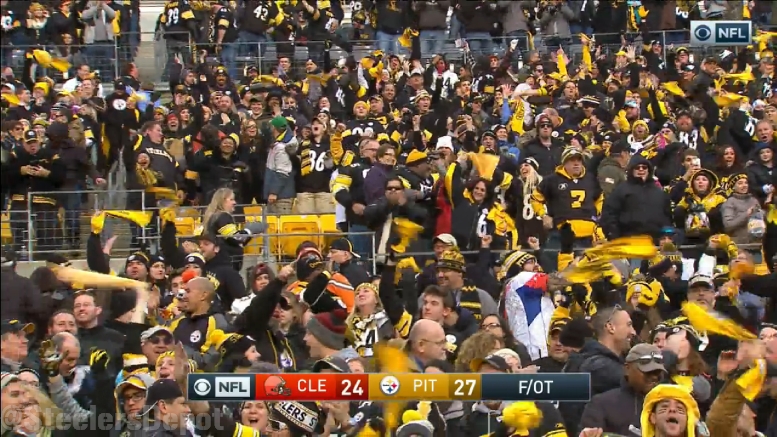 Earlier this month, we reported that the NFL was raising the debt limit for teams, allowing each franchise now to account for $500 million, rather than $350 million. That’s an increase of $150 million, and as it turns out, perhaps that wasn’t such an arbitrary number.

That seems to be right in the ballpark of what the average team will lose in revenue this season if they play in empty stadiums, from the loss of ticket sales and in-stadium spending during the course of games. The numbers vary a fair bit, actually, with Pittsburgh ranking pretty much in the middle of the pack.

In fact, the Dallas Cowboys are projected to lose an astonishing $621 million out of a total revenue stream of $950 million. The New England Patriots are projected to lose $315 million in revenue if their games are played without fans, according to Forbes, which is substantially the most of any team, with their entire earnings projected at $600 million, so that would account for a reduction of more than half.

The New York Giants would rank second in lost revenue with $262, but there’s a drop-off from there, and there are even three teams who would lose less than $100 million, those being the Cincinnati Bengals, the Los Angeles Chargers, and the Las Vegas Raiders.

League-wide, the revenue loss would hit roughly $5.5 billion, which would reflect nearly 40 percent of their total. Needless to say, that’s a hell of a lot of money. But from another perspective, that’s not even half of what they would make by playing through the season to pigeons and stray cats.

In the grand scheme of things, not bad. There are still billions to be made, and billions more on the line tied to new television deals, the future partners for which would love to see the product on the field come September.

There was never going to be a scenario in which a viral pandemic wasn’t going to affect the sporting world’s bottom line. That’s just a plain and simple fact. But the NFL could get a huge break simply because of the timeline during which their games are played.

The NHL, the NBA, and the MLB all had to suspend their seasons while in progress because of the coronavirus. It’s unlikely that any of them will be able to complete a full season unless with significant alteration. But for the NFL, there is still a very real chance that we see every game we were expecting to see—at least from the regular season on. And that’s more than profitable enough.