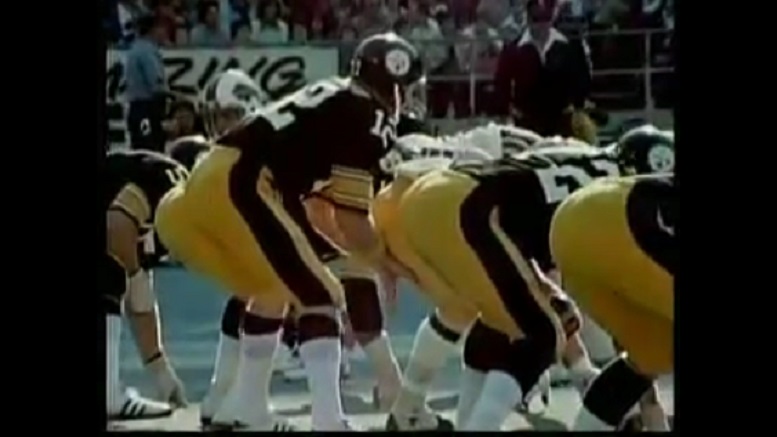 This series now continues with the Steelers longest offensive play of the 1975 regular season, which came in Week 2 against the Buffalo Bills and at Three Rivers Stadium in Pittsburgh on September 28. The play, a 59-yard completion from quarterback Terry Bradshaw to wide receiver John Stallworth, came sometime in the second quarter and with the Steelers trailing the Bills 10-0.

We unfortunately don’t have video or pictures of that completion to Stallworth from Bradshaw to show. It was at that time, however, the longest regular season reception of Stallworth’s career and would remain so until the 1978 season. Stallworth ultimately caught three passes for 103 yards in that 30-21 home loss to the Bills. It marked just the second time in his career that he had registered 100 yards or more receiving in a game as well.

As for Bradshaw, his effort against the Bills in that September of 1975 game was a lot less memorable. In total, Bradshaw completed just three of his eight total pass attempts against the Bills defense for 69 yards with one interception. He also fumbled away the football against the Bills and was ultimately benched in favor of backup quarterback Joe Gilliam midway through the third quarter.

That Steelers home loss to Buffalo was highlighted by Bills running back O.J. Simpson rushing for 227 yards and a touchdown against the Steelers defense. It was the most rushing yards ever allowed by a Steelers defense in a game. While Simpson credited the Bills offensive line after the game for his stellar ground output against the Pittsburgh defense, Steelers defensive tackle Joe Greene wasn’t buying it.

“You guys all want me to tell you how great their offense of line is, don’t you,” Green asked the media, according to the Democrat and Chronicle. “Well, I’ll be damned if I will. There’s no one like Simpson. Hell, I can’t be bothered with their offensive line I look up and see O.J. coming at me. I can’t be worried about that other stuff that is lying on the ground. You won’t hear O.J. say that. But nobody is like O.J. It doesn’t make any difference who or what is in the offensive line. He’s the reason it happens, not any offensive line.”

Phil Musick had an interesting written recap of the Steelers loss to the Bills in the Pittsburgh Press the day after the contest took place and you can read that below.

Been doing a lot of research today on the #Steelers 1975 loss to the Bills. Interesting written recap. pic.twitter.com/GqJn9Kq5wC

While the Steelers did lose that game to the Bills, they wouldn’t lose again until their 1975 regular season road finale against the Los Angeles Rams. The 1975 Steelers went on to win their second Super Bowl that season.

Below is a short video recap of the Steelers 1975 loss to the Bills from the weekly show in the 1970s, ‘This Week In Pro Football.’