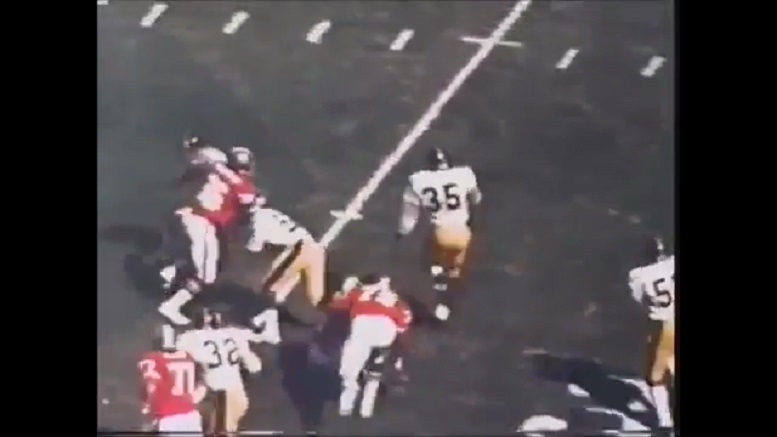 This series now continues with the Steelers longest offensive play of the 1974 regular season, which came in Week 2 against the Denver Broncos and at Mile High Stadium in Denver on September 22. The play, a 61-yard screen pass completion for a touchdown from quarterback Joe Gilliam to running back Steve Davis, came in the first five minutes of the first quarter and was the Steelers first score of the game.

Davis was selected originally by the Steelers in the third-round (60th overall) of the 1971 NFL Draft out of Delaware State. Against the Broncos, Davis scored three touchdowns in total as he rushed six times for 16 yards and two scores and caught five passes for 58 in total and the long TD, which means there was some serious lost yardage on a few of those.

As for Gilliam’s play against the Broncos, in what eventually ended in a 35-35 overtime tie, he completed 31 of his 50 total pass attempts for 348 yards with a lone touchdown toss to Davis. Gilliam’s total attempts and completions in that game were both new records at the time.

In addition to the video of the long Davis touchdown that’s included below, a video recap of the game is also attached for your viewing pleasure.