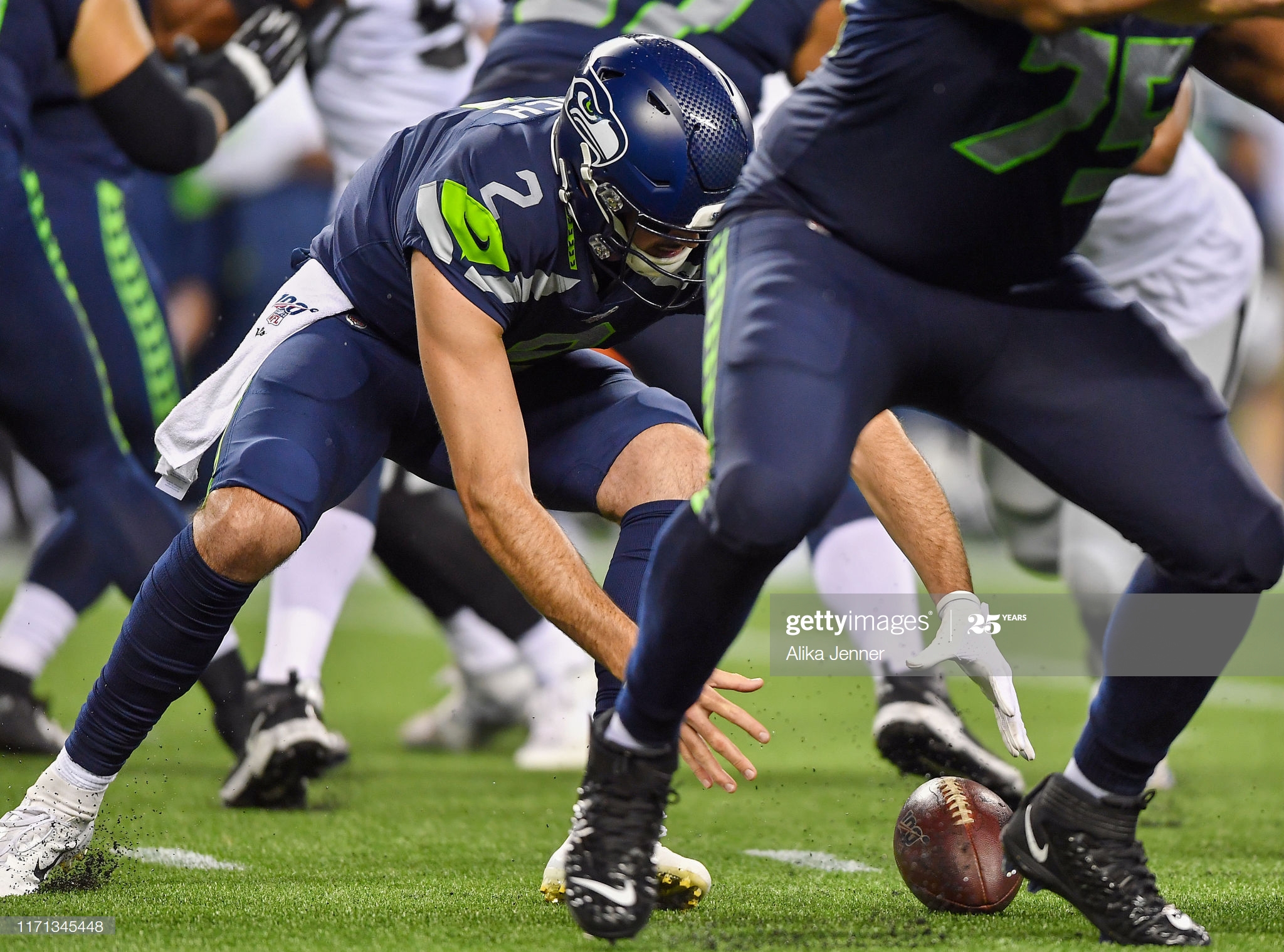 The Seattle Seahawks would come calling for Paxton Lynch after their 2018 season was over, signing Lynch to a Reserve/Future contract in mid-January. Seattle did not sign Geno Smith until OTAs, on May 15, and the two veteran reserves competed throughout the offseason for the backup job.

While both were initially released, Smith won the job, and was re-signed a day later. His release was only due to a transactional quirk, with the Jadeveon Clowney trade still pending. They sent two players to the Houston Texans as part of the trade, so they had to keep those two players on the roster until it was official. Smith was a vested veteran, so would not be subject to waivers, and it was understood he would be re-signed as soon as the trade was completed, which happened a day after the 53-man roster was finalized.

“Smith’s signing comes after the completion of the trade that sent Barkevious Mingo and Jacob Martin to Houston as well as a 2020 third-round pick to acquire defensive end Jadeveon Clowney”, the team’s website reads in announcing the move.

“That move wasn’t finalized Saturday, meaning that in order to get the roster to 53 players while keeping both Mingo and Martin on the roster, the Seahawks had to free up a spot, which they did by temporarily releasing then re-signing Smith, a veteran who was in Seattle’s plans, but who wasn’t subject to waivers”.

Lynch remained unemployed for the next couple of weeks, and may possibly have been set to spend another regular season on the couch, had the Steelers not parted with Dobbs and then had Roethlisberger go down.

The rest, as we know, is history. In spite of the fact that both Mason Rudolph and Devlin Hodges were benched due to performance, the benching for the latter coming in the penultimate game, and the former missing the final game due to injury, the Steelers never gave him the opportunity to get on the field.

As Mike Tomlin said about the decision heading into the finale about why he was not playing Lynch but rather continuing with the struggling Duck, “I don’t know that you’re capable of getting him ready in totality, to a level of comfort that we all would be comfortable with. That’s just the reality of this thing. Paxton’s a guy that got on the moving train. We were in gameplan prep by the time he got onboard”.

Now, however, he will have a year to learn the offense, and is once again battling for a job. The Steelers are saying that Rudolph is the backup, but I don’t know that that is etched in stone—after all, they did bench him last year.

Nominally, he is set to compete with Hodges for the number three job. He is clearly the more talented player, in terms of physical gifts. Now he has to prove that he is finally the better player, after losing out in just about every other quarterback competition he has been in through this point in his career, to Trevor Siemian, to Brock Osweiler, to Chad Kelly, to Kevin Hogan, to Garrett Grayson, to Geno Smith…and arguably, to Rudolph and Hodges as well.

As the title says, his redemption arc is a long one, and this may be his last shot. Talent only buys you so much time to prove yourself. Only so many general managers can sell reporters on a guy having pedigree and a big arm before nobody buys it anymore.