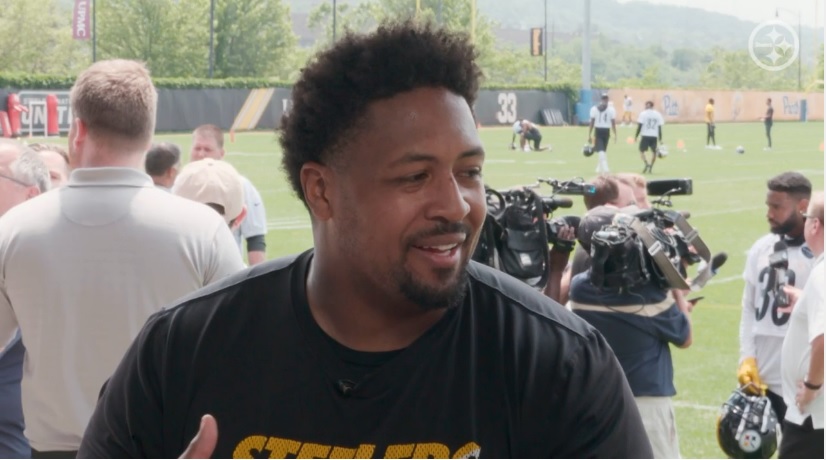 The Pittsburgh Steelers virtual rookie minicamp is underway this weekend and on Saturday head coach Mike Tomlin addressed the media via a Zoom call to provide an update on what all has transpired the last few days. During his opening statement on Saturday, Tomlin announced that he had recently retired guard Ramon Foster address the rookie minicamp participants virtually on Friday.

“We had Ramon Foster address the group yesterday and we were excited about that,” Tomlin said. “And Ramon delivered in a big way. I just thought he was a great guy to welcome those guys. A guy that understands the journey that many of those guys are attempting to walk. A guy that was an undrafted guy, went on and had a great career here that lasted over a decade and really was just a well-respected professional and a recently retired professional.

Tomin probably couldn’t have picked a better person than Foster to address this year’s rookie minicamp participants for several reasons. For starters, Foster originally joined the Steelers in 2009 as an undrafted free agent out of Tennessee. Not only did he make the Steelers 53-man roster his rookie season, he never looked back from there on his way to playing 11 seasons with the Steelers and in 160 total games.

Additionally, Foster’s second season in the NFL in 2011 included him having to go through the offseason owner lockout. That lockout resulted in team’s not having offseason minicamps or OTA sessions, which is what is expected to happen this summer due to the coronavirus. Whether or not Foster was able to provide some valuable information to this year’s rookie class on the challenges they will face this offseason without having the benefit of on-the-field practices this summer is unknown, however, but odds are probably good he addressed that topic is some form or fashion.

Despite not having an offseason, the 2011 Steelers that Foster was a part of went 12–4 that year. That team, that also included current Steelers quarterback Ben Roethlisberger, center Maurkice Pouncey and defensive end Cameron Heyward, ultimately lost in the Wild Card round to the Denver Broncos in overtime.

“So, he’s, you know, very fresh, obviously to just getting off the field and I thought the position that he’s in, the perspective that he had, would be a good one,” Tomlin said Saturday of Foster. “And I thought he did an awesome job.”