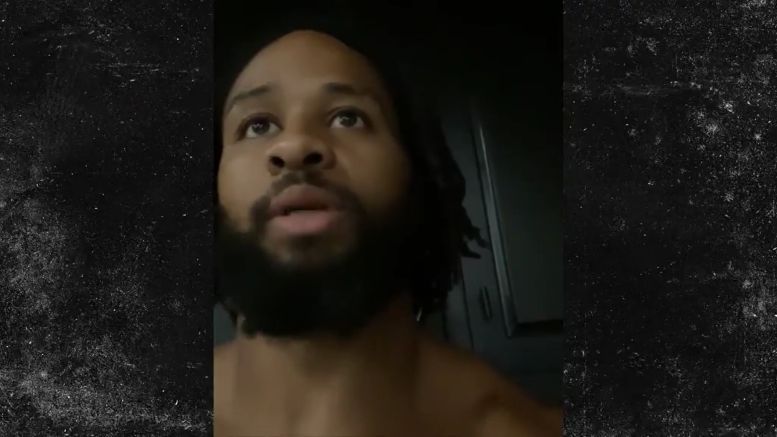 Well, you’ve probably already heard by now the unfortunate story involving Baltimore Ravens safety Earl Thomas. Evidently, he was involved in a domestic incident last month that was set to be leaked by TMZ, who published the report after Thomas foreshadowed it on social media following his agent having made him aware of its impending release.

TMZ writes that Thomas left his home late on April 13 following a dispute with his wife, Nina, over his drinking earlier that day. She then logged into his snapchat account to track him, discovering a video with another woman taken at a rental home.

She recruited two other women to confront him at the home, where Thomas’ brother also was, brandishing a gun for the purpose of intimidation. She removed the clip, but claims she was unaware that there was one bullet in the chamber.

When police arrived at the scene, Thomas had already wrestled the gun from his wife, who by then was chasing the shirtless Pro Bowl defensive back around a vehicle while brandishing a knife. She told police that both he and his brother were in bed with other women when she and her companions arrived at the AirBnB.

Evidently they have a pretty good brotherly relationship.

One of the women in the home—presumably one of the women with whom the brothers were in bed—shot video of the ensuing melee, which included Thomas’ wife pointing the gun to his head from close range, with her finger on the trigger and the safety off. She is also seen hitting him on the nose.

TMZ writes that Thomas essentially confirmed his wife’s report to the police, while noting that she hit him several times as he tried to disarm her. One of women in the residence claims that Thomas’ wife also threatened them with the gun.

Nina Thomas and her associates were, naturally, arrested following the incident, she charged with burglary of a residence with intent to commit aggravated assault with a deadly weapon—family violence, after which she posted bond. She was handed an emergency protective order against Thomas and his mistress.

It’s really not anybody’s business”, Thomas said in a video statement on social media prior to TMZ going ahead and publishing the story. “It pisses me off that it got out, but it’s the world that we live in today. But instead of talking about us, just keep us in your prayers. Stuff like this happens. We try to live the best lives that we can, but sometimes it don’t go as planned. Just pray for us as we go through this stuff. We’ve been talking. I’m seeing my kids. Just keep us in your prayers.

Earl and Nina were married in 2016, and have three children. It’s unclear how many mistresses he has at this time.