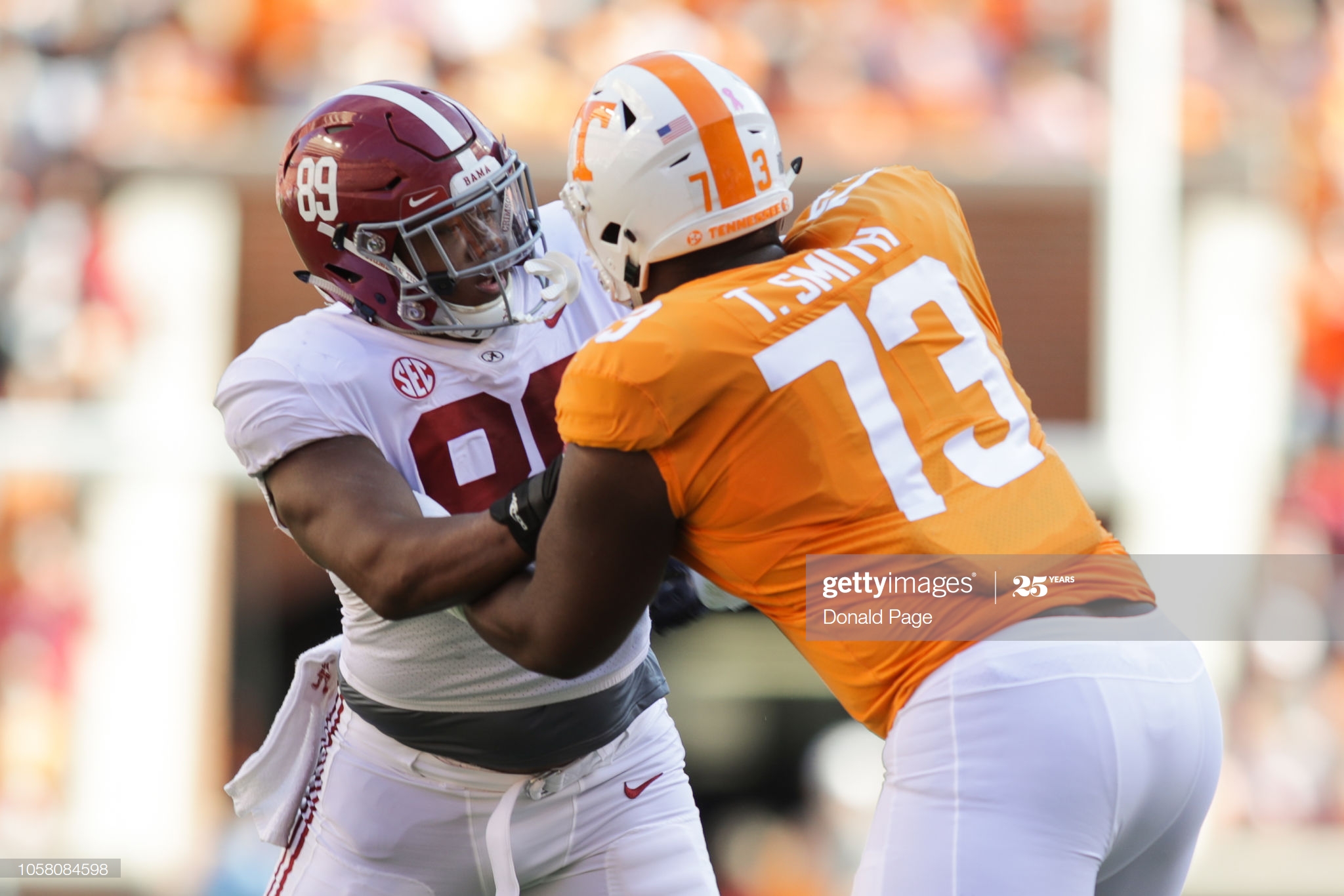 How soon is too soon for outlets to start creating mock drafts? Apparently, the limit is now ‘while the current draft is still going on’, with pretty much everything else being fair game. Pro Football Focus already had a first-round mock draft up for 2021 at the end of April, which I’m just coming across now.

This time around, the Pittsburgh Steelers should actually have a selection to make in the first round, unless they come across another former first-round pick early in his career being given away like they did last year with Minkah Fitzpatrick. I think yielding a first-team All-Pro starting free safety was fair compensation.

Anyway, on to Pittsburgh. Heading into the 2019 offseason, one of the areas PFF kept hammering on regarding the Steelers was the need to invest in the interior offensive line. They did sign Stefen Wisniewski in free agency, but he’s 31. They drafted Kevin Dotson, but toward the end of the fourth round. Who knows if he’ll become a starter.

Smith has been plagued by blood clots in his lungs, limiting his development since a fantastic freshman year and putting his playing career in jeopardy. We finally started to see him come on towards the end of last year, though, when he was one of the highest-graded guards over the second half of the season.

I suppose we would have to check in with Melanie Friedlander about what the potential health risks would be of drafting a player, particularly a bigger player like a lineman, with a history of blood clots. I’m not even going to pretend to know that I can evaluate that properly.

But I certainly have nothing against the Steelers taking a lineman, either an interior or a tackle. I was open to taking a tackle in the second round this year, though the better high-end interior prospects for me were already off the board.

It is high time for the Steelers to be thinking about the long-term future of the line. Maurkice Pouncey is turning 31. DeCastro is 30. Alejandro Villanueva will be 32. Matt Feiler is even turning 28. Meanwhile, Villanueva, Feiler, and Zach Banner will all be free agents next year.