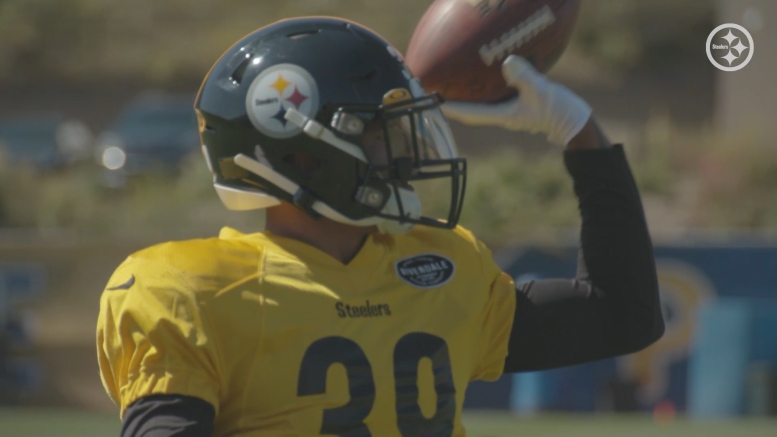 About a month ago or so I believe, the NFL basically told teams to stop making guesses about what the NFL was going to look like later in the year. That hasn’t stopped reporters from continuing to constantly ask anybody that they can to share their opinions about what they think might happen.

Obviously the media didn’t get this memo, and so they’ve been taking advantage of that by asking players what they think might happen later this year, even if they should at least be aware that that is basically frowned upon, and potentially putting teams’ communications directors in tough spots.

Yet here I am proliferating the answers anyway. Because Pittsburgh Steelers safety Minkah Fitzpatrick has been among the latest to be asked specifically to give his opinion about what he thinks may happen. And while he didn’t explicitly give an opinion, he did describe his approach to what may come.

“In my opinion, I have no clue”, he told reporters earlier in the week. “They’re updating us day-to-day with what they have, and what they have is very little. We’re just taking it day-to-day and preparing as if it’s gonna be a normal preseason and normal camp schedule”.

“I’m preparing as if we’re gonna be going back and gonna go right into the full swing of things, as if we’re gonna go back into a regular camp schedule and a regular preseason schedule, because honestly, that’s the toughest thing that it could be, if we do do that”, he said earlier. “So I’m gonna prepare for that, and if we have anything else, if they cut the preseason in half or push it back a couple weeks, I’ll be prepared”.

Since I have no restrictions placed on me, I can also say that it seems likely teams will be able to hold their training camps on schedule, at least from where we’re standing right now and trying to project what things will look like a couple of months from now.

At this point, most of the country has reopened at some level. There will predictably be some setbacks, and maybe in some areas, some restrictions would have to be temporarily be put in place, but the overall trajectory has been positive, relative to what we have already been through.

That doesn’t mean that everything is back to normal, or on the cusp of returning to complete normalcy. In fact, those who do take that approach are the greatest detriment to us reaching that point, because they will become the most likely to get new infections and to become unknowing carriers of new outbreaks that lead to backslides in recovery. We have already seen this happen, especially in other countries who had reopened sooner.