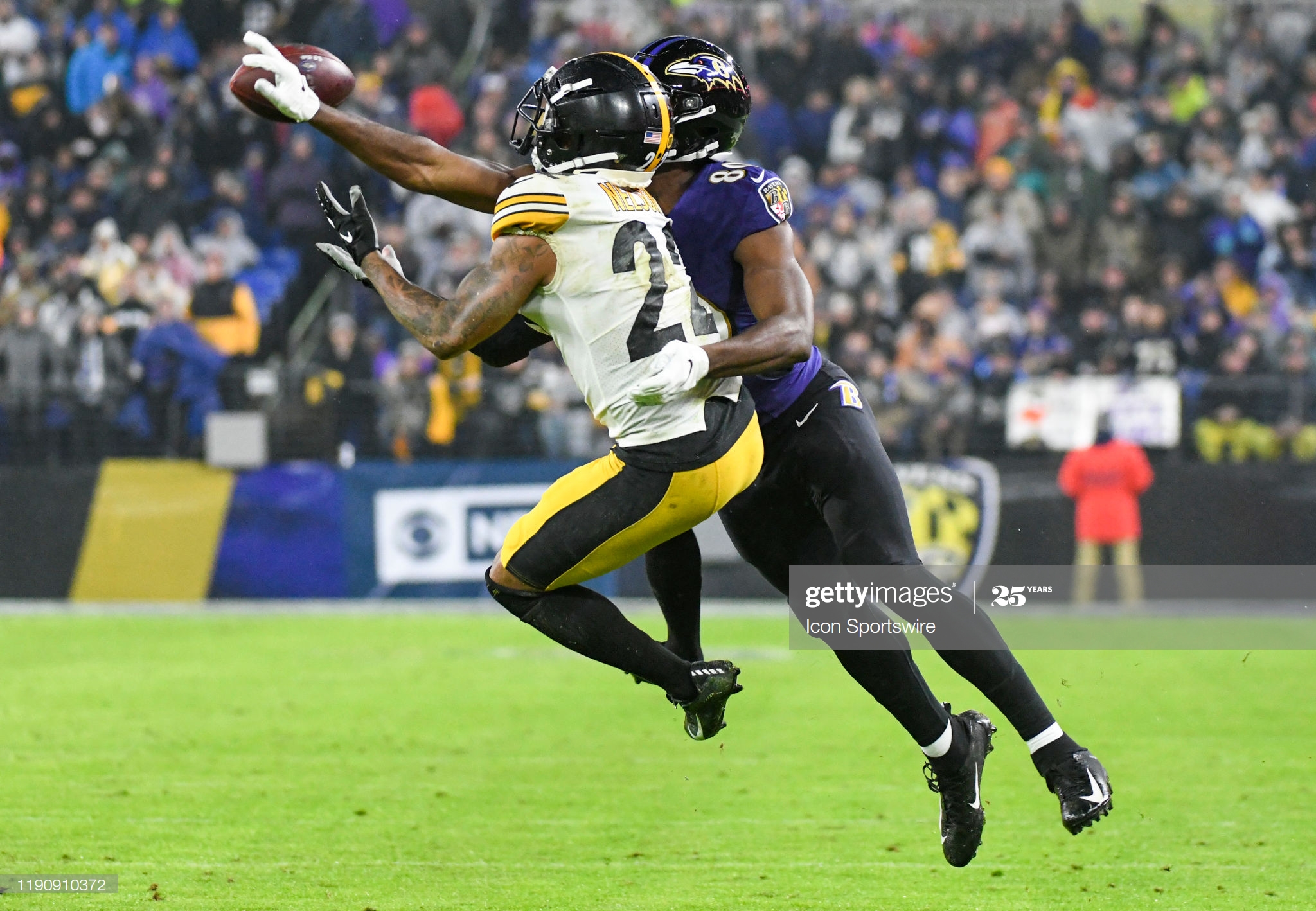 The Baltimore Ravens began their second overhaul of their wide receiver group last year, shifting from relying on free agents to building through the draft, when they invested two high draft picks in the position. While first-round pick Marquise Brown had a very encouraging rookie year, third-rounder Miles Boykin underwhelmed, by and large.

Although he did manage to secure three touchdown receptions, Boykin only caught 13 passes during the 2019 season for 198 yards, and just over a quarter of that yardage came on one 50-yard reception. Having played 425 snaps during the year, that’s not exactly an eye-popping stat sheet.

That doesn’t mean the talent isn’t there. The size certainly is. The Notre Dame product should bear some resemblance to one of the newest members of the Pittsburgh Steelers, second-round pick Chase Claypool. Both stand at 6’4”, and tip the scales at 220 pounds or more.

Claypool is unlikely to see the 425 snaps that Boykin was given, with the understanding that he is entering a wide receiver room that has more depth than the Ravens did when these two players were drafted. Already ahead of him are JuJu Smith-Schuster, James Washington, and Diontae Johnson, at a minimum.

Boykin had a starting role (he officially started 11 of 16 games), and was one of their prominent wide receivers, along with Willie Snead, and to a lesser extent, Chris Moore. Their top two wide receivers from the previous year, Michael Crabtree and John Brown, were both gone, the former released, the latter lost in free agency.

The Ravens expect the second-year wide receiver to have an even bigger role now, and he is very much looking forward to the opportunity. “I think I’m ready to break out this year and I’m just excited to see what the year holds for us”, he told the team’s website. “I’m going to do whatever it takes to help this team win”.

It is always a bit of a challenge to go from the college level to the pros. Not only are you playing a much higher level of competition on a weekly basis, you’re also demanded to play for a longer period of time, and frankly, you also have a lot more responsibilities, personally and professionally.

“My legs got a little bit tired at the end of the season”, he admitted after going through his first 16-game schedule. He said that he is “building up my leg endurance, really just being quicker on the field. Having the leg strength to be able to do that is a huge part of it”.

This isn’t entirely dissimilar to James Washington going from year one to year two, but presumably, Boykin should have a higher level of play from the quarterback position to work with.