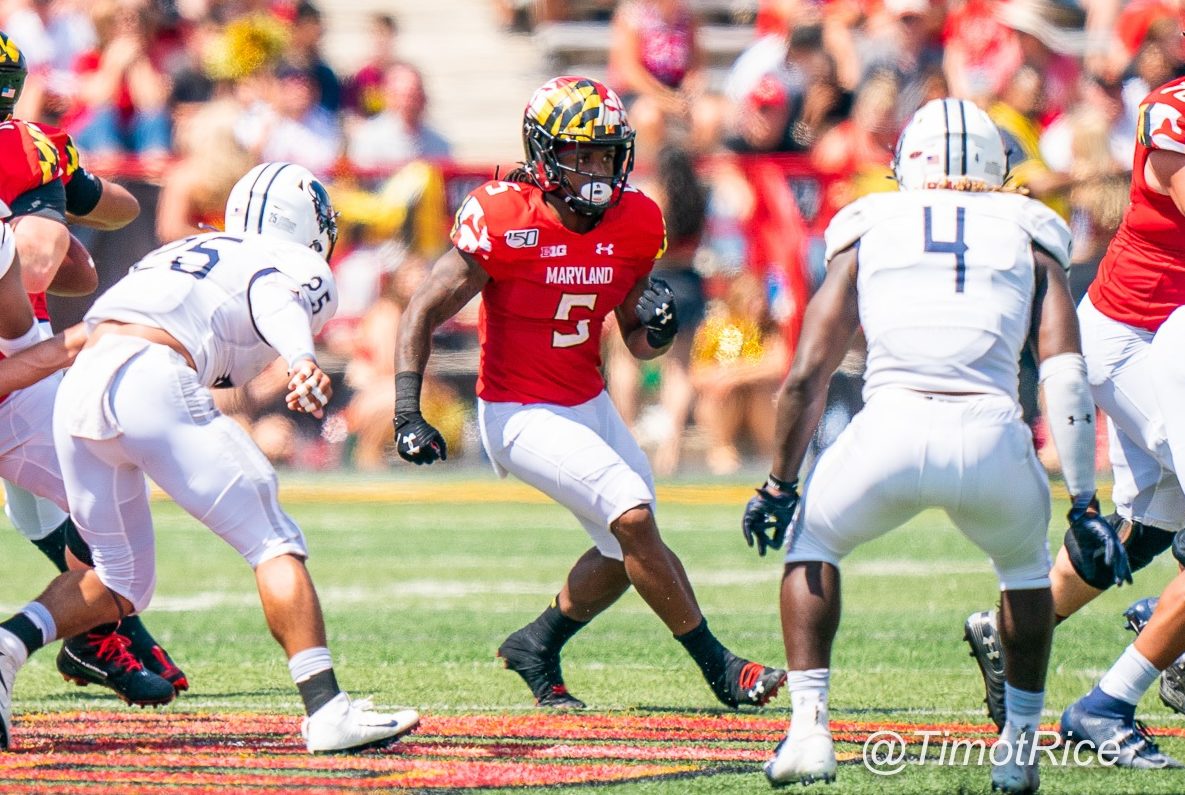 Running back Anthony McFarland Jr. is known for one thing. Speed. You see it on tape, you see it in his testing, blazing a 4.44 40 at the Combine. But in an interview with Steelers.com’s Missi Matthews, Maryland head coach Mike Locksley made the point that he isn’t just about running fast. McFarland is a complete player.

“A lot more than just a speed guy,” Locksley told Matthews. “He’s a guy unfortunately who played his senior year with a bad wheel, a high ankle sprain. It’s a nagging injury. What he showed me is that he was capable of playing through it. We actually as coaches made the decision to shut him down in a couple games because we wanted to get him back to as close to 100% as we could.”

McFarland says he suffered the dreaded high ankle sprain in Week 3 against Temple. The injury limited his carries and naturally his output, failing to rush for over 100 yards until the regular season finale. A game against Michigan State that sticks in Coach Locksley’s mind.

“The last game of the year. We had shut him down near the end of the season but going into the Michigan State game, our last game of the year, we were down to two backs. He and Javon Leake because of injury and suspension. Both guys had to carry the load in practice. We went up to Michigan State, a game we were competitive in, and the only reason we were competitive was because of Anthony’s play. he finished the season really strong that game, I think he had 130 yards rushing, against a Michigan State defense that’s been year in, year out, one of the better defenses. They were tough yards to get in that game though he was able to hit a home run at the end.”

He finished that game with eight carries for 134 yards and a touchdown, a 63 yard dash that temporarily gave Maryland the lead.

Locksley also praised his receiving ability and underrated skillset of running between the tackles as traits that will make an impact in the NFL.

When healthy in 2018, McFarland was one of the best running backs in college football. He exploded on scene for over 1000 yards, averaging nearly eight yards a carry, and four rushing scores. His yards per carry was second in the Big Ten and tied for sixth in all of college football.

While his 2020 role with Pittsburgh is a bit unclear and NFL success isn’t guaranteed, McFarland is a far cry from Chris Rainey or Dri Archer. He’s got about 30 pounds on each, a much more muscular frame, with better toughness and power.