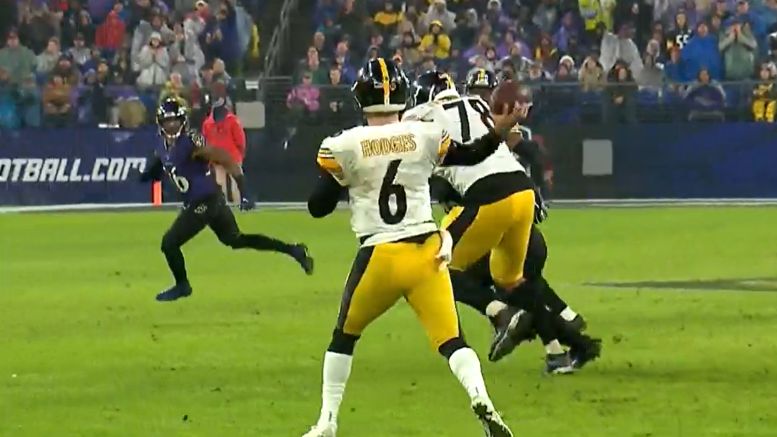 It’s really quite amusing to me how dramatically opinions changes on Devlin Hodges during the final threw games of the 2019 season, all of which were losses, largely directly on his shoulders, and which prevented them from reaching the postseason, even though prior to that they had been in position to secure the number five seed.

Little consideration is being given to the fact that he was an undrafted rookie small-school quarterback being asked to fill in way early and way in over his head. It’s hard to imagine that Landry Jones, Joshua Dobbs, or Mason Rudolph would have done a better job under the same circumstances.

Yet not only are many people predicting that he will be beaten out by Paxton Lynch—I admit I appear to be alone on the staff currently who thinks Hodges will keep his job—but who actually want him to just be released and be done with the whole thing.

I’m not actually a Hodges fan, and you can search my article history over the course of the preseason and regular season to see that for yourself. I want to make that clear. But he didn’t become a different player over the final three weeks of the season.

General manager Kevin Colbert also takes a similar approach to me in viewing Hodges in light of the circumstances into which he was thrown. The reality is he never should have been in the position he was in, but relatively speaking, things could have been worse.

“We applauded Devlin Hodges for what he could do under the circumstances”, he told his WDVE hosts last week. “And again, those guys provided the necessary help that you need from a backup position, when you look at that production versus what usually an NFL team will get out of a backup quarterback over a long run, not just a short-term, three- or four-game fill-in”.

“Those guys had to play 14 games”, he added, referring to both Hodges and Mason Rudolph, of course, “and collectively, they did a decent job, but they did a job that was encouraging as we move forward”. Which is why they passed on Jalen Hurts.

Lynch, of course, will have his opportunity to win the job. A first-round pick who saw the team who drafted him release him, trade for Joe Flacco, and then draft Drew Lock, his status as a former first-round bust is well and truly secure, but that doesn’t mean that he can’t salvage his career as a backup.

During his playing time last season, Hodges completed 100 of 160 pass attempts for 1063 yards, throwing for five touchdowns to eight interceptions. He threw just one touchdown to six interceptions over the final three weeks of the season. He had a 4-to-2 ratio prior to that.