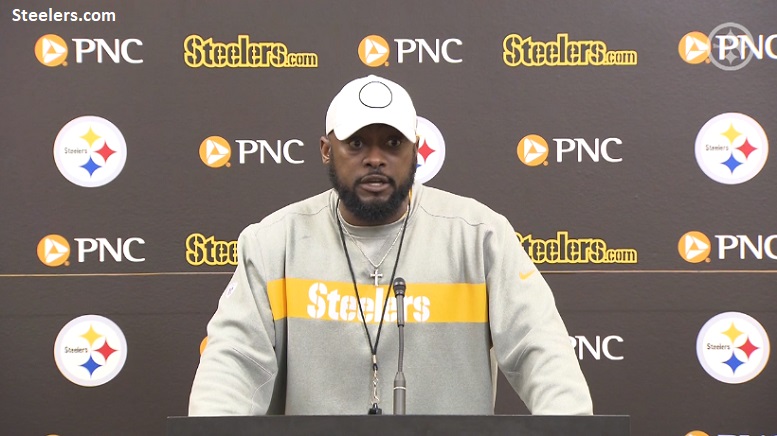 Mike Tomlin interviews are a bingo card of “Tomlinisms.” Obviously. The standard is the standard. And so on.

But not every one of his sayings are a Tomlin original. Like any good coach, sometimes they’re borrowed. And one of his most well-known phrases appears to have come from football’s winningest coach.

Kevin Colbert joined Pro Football Talk’s Mike Florio for a recent interview. Colbert knew Don Shula, who died Monday, from when he worked as a scout for the Miami Dolphins in the mid to late 90s. Recalling one meeting discussing a player, Shula offered up a phrase that roughly translated to “don’t overthink things.”

“I can remember plain as day,” Colbert said. “We’re talking about a player, I don’t remember what player it was. He made the comment of, ‘when you have red paint, paint the barn red.’ He lived that. Coaching the players he had and got the most out of them. When he had the great runners, they were a running team. When they had a great passer in Dan Marino, they were a passing team. We still use that today in our own meetings. This is what this player is and when we get him, that’s probably how we should use them.”

Evidently, that’s a phrase that’s stuck with Tomlin because he’s said it many, many, many time.

“If you have red paint, you paint your barn red”
-I love Mike Tomlin

Tomlin on evolution of the defense: we use this analogy, that if you have red paint, then paint your barn red

“If you got red paint, you paint your barn red.” Only took until 11 minutes into the first Mile Tomlin press conference of the regular season for him to drop my favorite Tomlinism

Tomlin says if you give LeBeau red paint, he's going to paint the barn red. #Steelers

Executing that phrase and mentality is the mark of a good coaching staff. Evolving scheme and strategy to the player as opposed to forcing the player to adapt to the scheme when his skillset might not be suited for it. Doing the former is more difficult and more demanding of coaches but it produces far better results.

Check out the entire interview with Florio below.