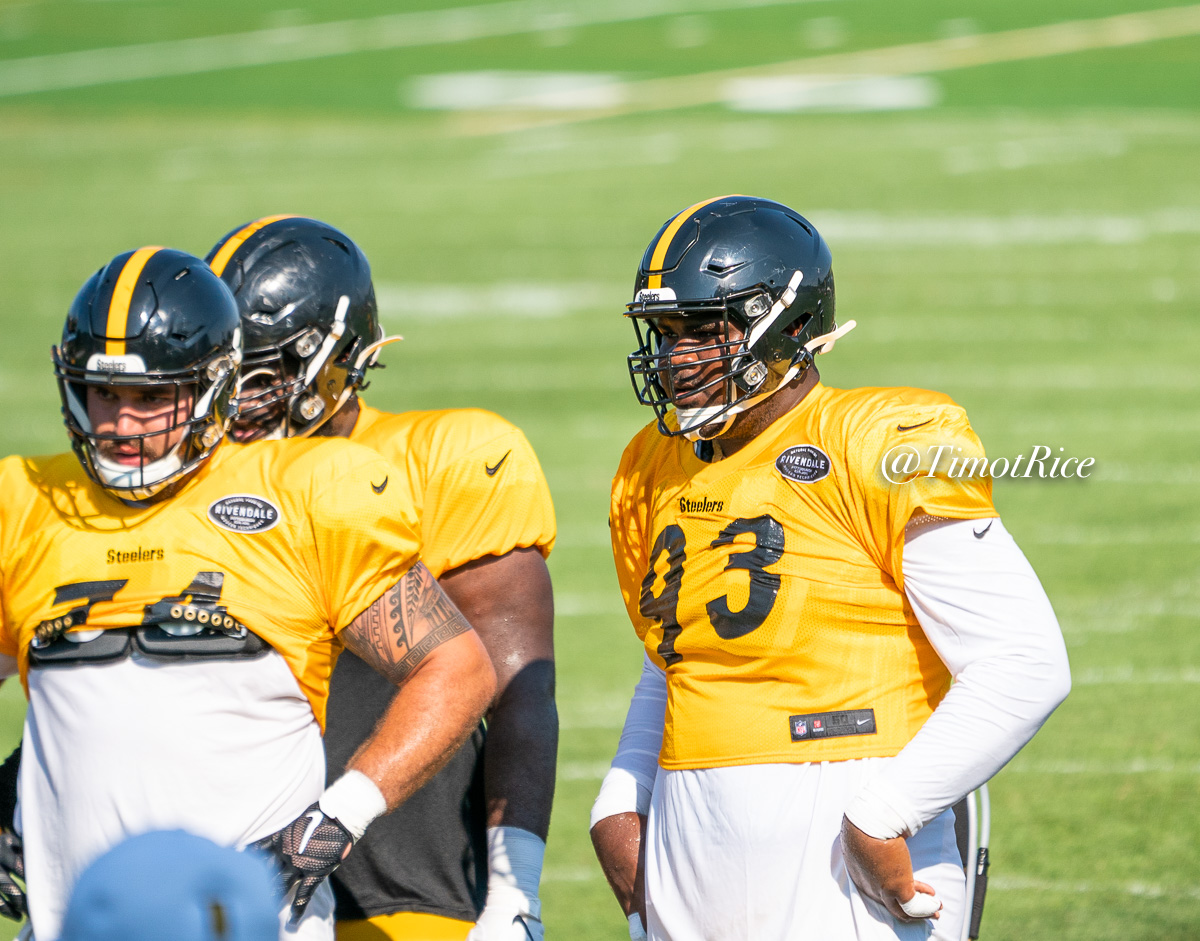 Overall the depth of the defensive line looks pretty good despite the loss of Javon Hargrave to the Eagles in free agency.  From the looks of the roster and the assessment by the Steelers Depot staff it looks like there are five players that look like virtual locks.

Defensive End – Getting a health Stephon Tuitt back from injury should add to the starting defense that was very good in 2019.  Former first round pick Tyson Alualu is a 10 year veteran and is about as steady as they come and is the primary backup at defensive end. 2019 draft pick Isaiah Buggs had a solid rookie campaign playing 75 plays and showed solid potential. This position is pretty much complete barring injuries.

Defensive/Nose Tackle – Cameron Heyward is the leader of the defense and is a three time Pro Bowler and 2 time All Pro.  The Steelers made a trade with the Ravens to bring in Chris Wormley who has experience at DE and NT and gives them additional versatility and veteran experience. He played 46% of the snaps last year. The other hold over is Dan McCullers a 6 year veteran and it the biggest of the defensive lineman and has the most experience on the roster at NT.

The position in flux is the nose tackle position

Other DT’s on the Steelers roster – Carlos Davis, Cavon Walker

Daniel McCullers – He is the only player that was on the team last year with experience at NT. He’s a 6 year veteran playing behind Hargrave he was used sparingly registering 131 plays on defense and 61 on special teams.  Size is his biggest advantage and can be used to clog up the middle of the defense to free up the linebackers.

On the positive side, with the unusual offseason continuity will be important in all areas.  The staff knows him and what he can do and he knows the defense so there’s no learning curve. The NT position isn’t used as much with this defense as in the past so they don’t have to expect much out of him.  He also has a lower cap hit that the next player.

On the negative side, he’s a career back up with very limited production over 6 years.  They most he’s played was 182 snaps (17%) in 2016. He also had his career high in tackles that year with 17 for the season. He doesn’t produce a pass rush other than an occasional bull rush.

Chris Wormley – He was sent from the Ravens with a 2021 7th round pick to the Steelers for a 2020 5th round pick. He was a player the Steelers valued during the 2017 draft and as I stated had experience along the line. The roster has him listed as a NT and that may be the best fit or him in this defense. He would be used as an early down run stopper and had his best year in 2019 with 33 total tackles, 17 solo, 2 TFL and 1.5 sacks in 448 snaps.

On the good side, Alex did a nice cut up of his run defense and he shows the ability to play two gap and stack and shed and that’s just what they would need on the defense. He has positional flexibility to play end or tackle.  He played at Michigan and the staff favors former Wolverines. His stats are improving and he played 46% of the snaps last year and added 157 special teams snaps.  Last year of his rookie deal and could be a motivator to get the next contract.

On the bad side, he’s lighter than the team usually employs in the middle of the defense. The Ravens traded him to a division rival. Do they know something or was it just the influx of veterans in Baltimore that made him expendable?  He hasn’t produced as a pass rusher so as long as you don’t expect that going in it’s not a major concern.

Carlos Davis – The 7th round pick in 2020 out of Nebraska was drafted to compete for the NT role. He and his twin brother Khalil are both entering the NFL and Carlos was described as more athlete than football player during the draft.  Our Josh Carney did the profile on Davis and described him of having ideal size and being surprisingly agile but is slow to disengage and must develop as a pass rusher.

On the positive side, he’s a rookie. An athletic ball of clay for DL coach Karl Dunbar to mold. He looks the part at 6’2” and 313 pounds and he’ll be surrounded by veterans who can aid in the development.  He’s got a good motor which fits in with the defense and if he makes the roster may not be active on game day.

On the negative side, he’s rookie.  An unpolished rookie. If he’s kept on the roster, can he be trusted to fill in if someone were to go down? As stated above he struggles to get off blocks and if he’s going to play two gap at the NT that skill needs to be honed.  He, like the other on this list, isn’t going to produce much as a pass rusher.

In the way-too-early projections by the Depot staff they all predicted McCullers and Wormley would be the keepers.  I agree. McCullers keeps continuity on the defense and Wormley is and experienced run defender. Davis will need time to develop.

There was a lot of feedback last week and that was greatly appreciated.  Now it’s your turn to let us know who you would keep and who you would cut.