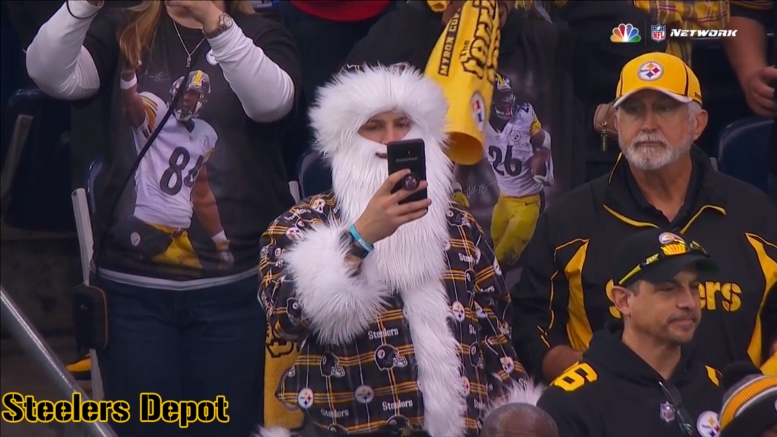 There aren’t a lot of things that sports fans can seem to agree on, even among those who are fans of the same team. One thing they are always welcoming to hear is that their fanbase is among the best in the country, and toward that end, the Pittsburgh Steelers’ fans are no strangers to being singled out for that distinction.

Yet another ‘best fans’ entry comes to us earlier this month via Forbes, which ranked not just NFL fanbases but the fanbases of all four major team sports in the United State. As shouldn’t be surprising, though, NFL teams dominated the list, accounting for the top six rankings.

The Steelers ranked fourth, behind the Green Bay Packers, the New England Patriots, and the New Orleans Saints, with the Philadelphia Eagles and the Seattle Seahawks coming in behind them. All of them have won a Super Bowl since 2008, it’s worth noting, and the majority of them have been to multiple Super Bowls during that timespan.

“The Steelers are the biggest show in town, with more locals identifying as fans of the black and yellow than for the city’s hockey and baseball franchises”, the Steelers’ entry reads. “Next stop: making the Terrible Towel the official state flag”.

Of course, it’s black and gold, to the traditionalists, and all three of the city’s major sports teams share the same colors. The Pittsburgh Penguins, by the way, ranked ninth in the list, the only hockey team represented in the top 10. Seven and eight were NBA teams, 10 MLB.

The article notes the Steelers’ worth being estimated at $2.8 billion, with an average attendance of over 62,000, and nearly 10 million followers across their social media platforms. Each of the teams ranked above them have higher attendance, however. The Packers are estimated to draw over 77,000 fans per game. Of course, the only other thing to do in Wisconsin on a Sunday is to drink cheese.

While the Steelers have consistently managed sellouts for every game for decades on end, you wouldn’t always know that from watching on television, or being at the game yourself. Not every ticket sold represents a behind in a seat, and there have been plenty of games in recent years in which the yellow seats were quite obviously not filled with behinds.

It remains to be seen if any team will have fans in attendance this year once the season gets underway. While I do fully believe that the season will take place in some form or fashion, it’s too difficult for me to try to venture a guess as to whether or not they will proceed without fans in the stands.