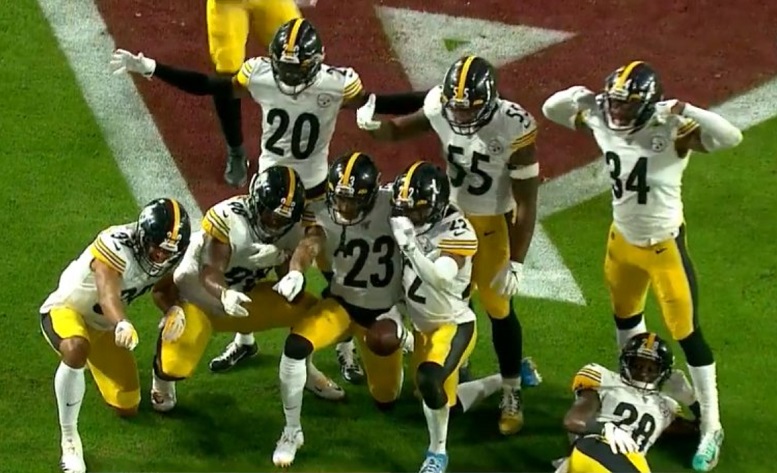 How good will the Pittsburgh Steelers defense be in 2020? Well, with so many players from their 2019 defense expected to make the 2020 roster, it should result in the Steelers having at least a top 5 defense, and maybe even the best in the NFL. Safety Minkah Fitzpatrick made it clear on Tuesday during his Zoom interview with the media that he believes the team’s 2020 defense could rival the one he was part of for most of the 2019 season.

“I think we are one of the best,” said Fitzpatrick, according to steelers.com. “I think that was reflected last year in the way that we played and our stats. Our talent level, and our execution level. A lot of guys have talent, this is the NFL. But our execution level, alongside our talent level, is what sets us apart and is what is going to continue to set us apart.”

“We have a lot of guys returning, but we also have some young faces and new faces,” said Fitzpatrick. “There are other teams that half their roster, secondary or linebacker corps, is gone. We are lucky enough not to have that. I think it would definitely give us an advantage because we all have a year under our belt, or some guys more than that. I think it’s definitely an advantage for us.”

Fitzpatrick is right and the Steelers should indeed have an advantage over quite a few other teams in 2020 and not only because of the amount of players they’ll likely have on this year’s roster, but the truncated offseason program that’s had to go virtual due to the coronavirus pandemic as well. That same pandemic fallout, however, does concern Fitzpatrick when it comes to overall team chemistry for the Steelers 2020 unit.

“I feel like the only real concern for the team is the chemistry,” said Fitzpatrick. “This time right now you are (normally) spending a lot of time with your teammates, not just in the locker room, but outside the locker room. We’re all together, only working four days a week, so guys are spending a lot of time together outside, hanging out, learning about each other and life outside of football. During the season it’s tough to do that because you see each other 12 hours out of the day and you don’t want to go home and see them again. The only real concern for me is the chemistry part of it. It’s big, but we can find ways to make it happen.”

Once again, with so many members from the Steelers 2019 defense expected to return in 2020, the chemistry aspect shouldn’t be as big of a deal as Fitzpatrick makes it sound. Most of these players should know several of their defensive teammates rather good by now thanks to the time they all spent together last season.

Honestly, only the Steelers defensive rookies such as draft picks Alex Highsmith, Antoine Brooks Jr. and Carlos Davis stand to lose out the most in 2020 when it comes to the chemistry aspect. Even so, the veteran leadership and longstanding culture of the Steelers organization when it comes to older players nurturing and tutoring younger players should still happen this summer and into the regular season regardless of how much of the offseason winds up being lost to the pandemic fallout.