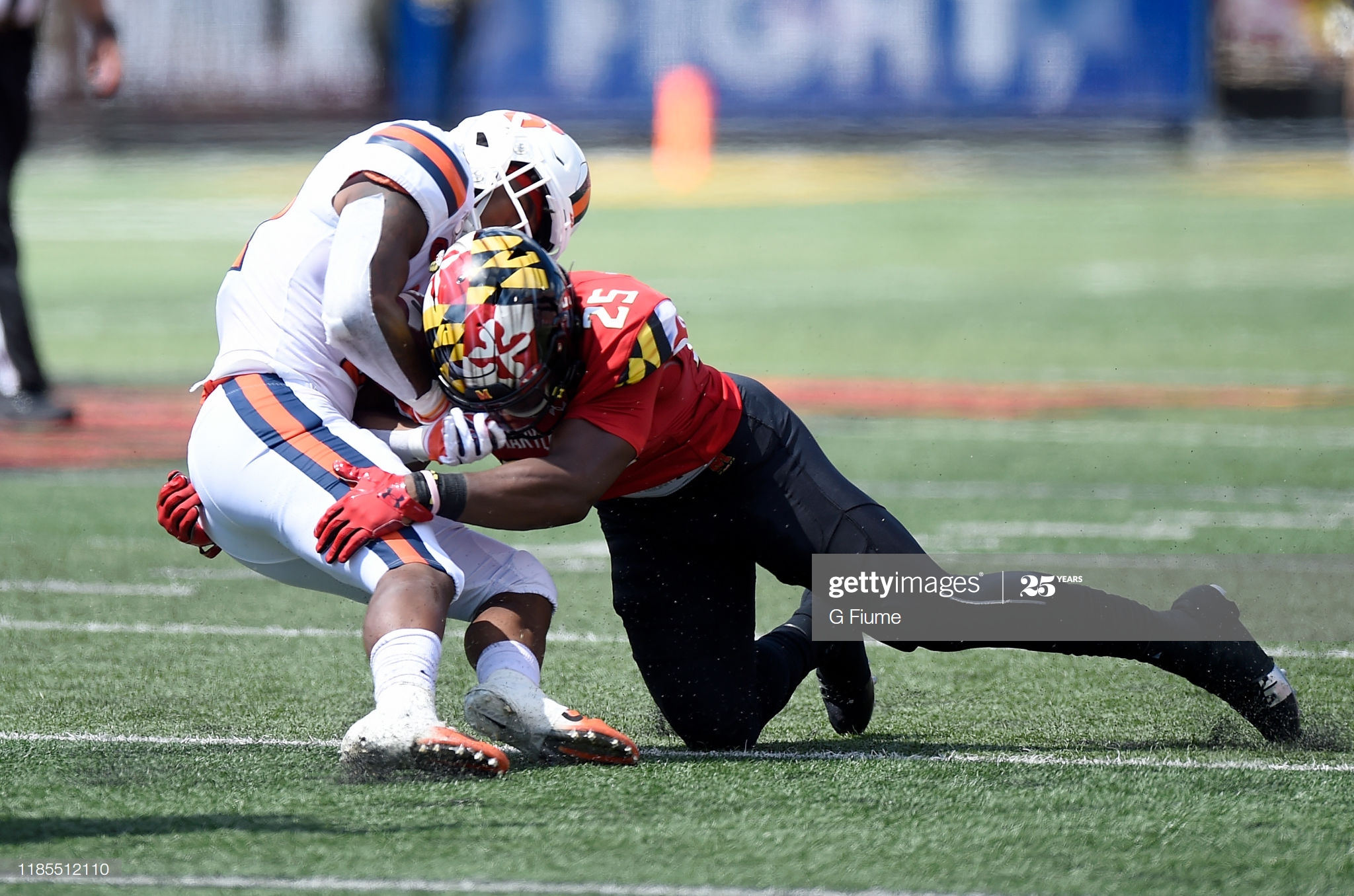 Topic Statement: Antoine Brooks will ultimately move to inside linebacker by the time his career is over.

Explanation: It’s not unprecedented for a safety to move to linebacker. After all, Mark Barron was on the roster last year, and he did it. Brooks actually went to Maryland first as a linebacker before he was moved into the secondary. He doesn’t have the ideal height, but he is the same height as Devin Bush, and can probably add 15-20 pounds if necessary.

Kevin Colbert did already describe him as half a linebacker, so it’s entirely plausible that he eventually adds in the other half. It may not come immediately, though circumstances could dictate it, given that they are actually thin at inside linebacker already.

One thing that he does have going for him is his football intelligence. Even if the athleticism demanded of the safety position at the NFL level proves to be too much for him, the conversion opportunity provides him with a second opportunity, much the way that happened for Barron, at least for a while. It is worth noting that Barron is still a free agent.

The biggest reason that Brooks is never going to be asked full-time to convert to linebacker is because he’s never going to be needed on a full-time basis. His highest aspiration is as a role player in a specialized, package defense, and that’s going to cater to that gray-area ‘dimebacker’ role.

Mark Barron was a high first-round pick with a ton of talent and tape. His conversion to linebacker was berthed of necessity due to injury, not a sudden serendipitous moment by the coaching staff that he would be better suited to play at the second level.

And right now, at least, Brooks doesn’t have the mass. I’m not sure if he has the frame to put on the necessary weight. And I’m not even sure if he has the athleticism to be a coverage linebacker. He may not even make the roster, if we want to be brutally honest.