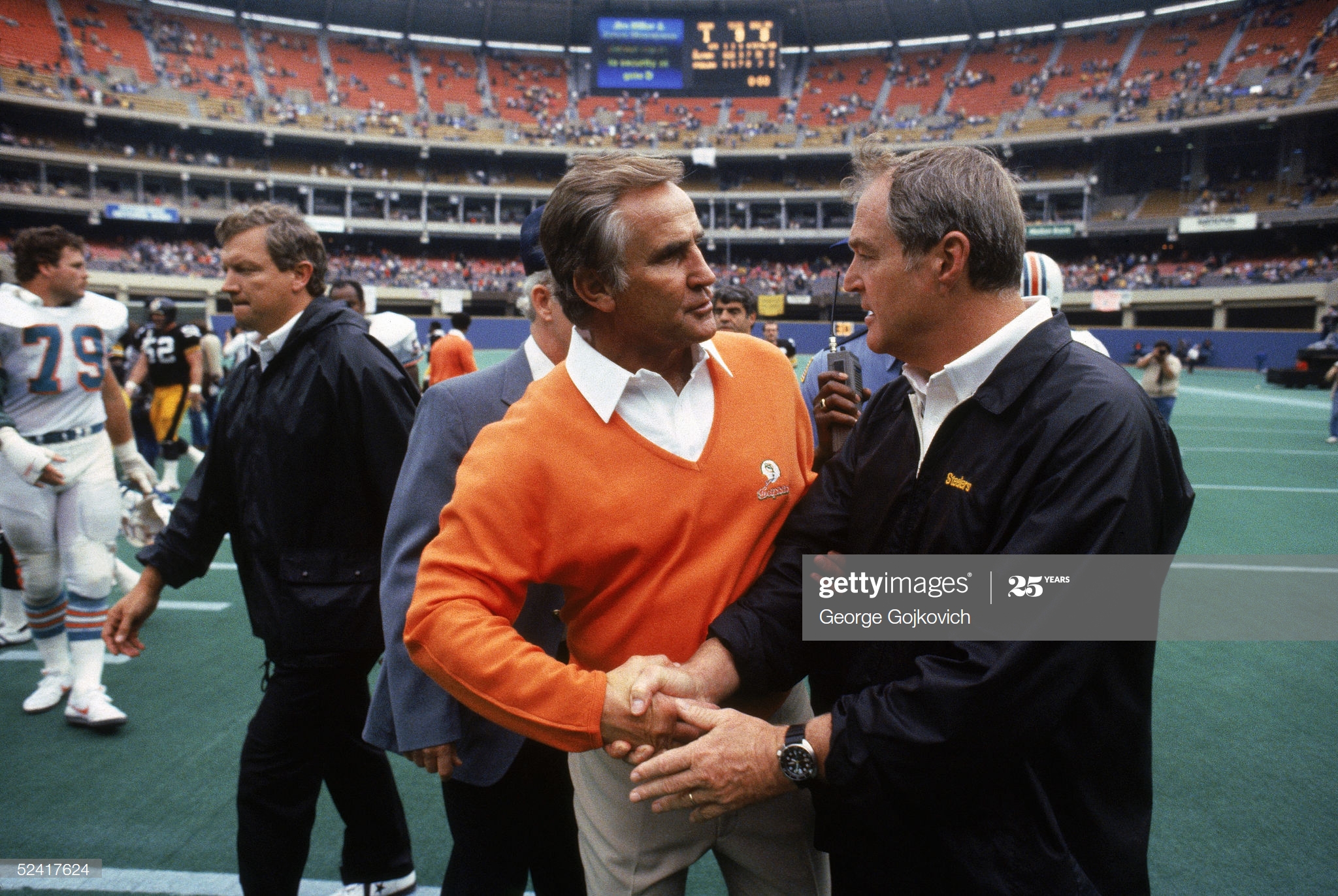 One of the greatest coaches in the history of the game passed away, it was announced yesterday. That would be Don Shula, best known for his fantastic run as the head coach of the Miami Dolphins, but also having previously brought the Baltimore Colts to the Super Bowl in 1968, of course losing to the New York Jets.

After that reverberating failure—giving credibility to the AFL teams—Shula would then preside over one of the most stable runs in NFL history with the Dolphins. Even if he ‘only’ claimed two Super Bowls during his run (he did appear in five), perhaps his most remarkable feat is the fact that he posted just two losing seasons over a 33-year career as head coach.

With an all-time 328-156-6 record, Shula is the winningest coach in NFL history, and one of just two to ever eclipse 300 victories. And no, the other is not Bill Belichick. It’s George Halas, who won 318 games, but actually has a better winning percentage because he recorded a mind-boggling 31 ties (obviously, it was easier to tie back then).

Shula and Chuck Noll would be largely parallel through the 1970s, roughly taking over their franchises at the same time, though Shula would have a more consistent 1980s thanks to Dan Marino. Noll was hired by the Pittsburgh Steelers in 1969. Shula joined the Dolphins in 1970. Both of them remained in those posts into the 1990s.

Said Steelers president Art Rooney II, “in my opinion, Coach Shula is on the Mount Rushmore of NFL Head Coaches and his coaching career impacted so many people on and off the field. His recommendation to my grandfather and father was a key to hiring Chuck Noll. I know both had great respect for Coach Shula and all of the outstanding contributions he made to the NFL”.

For those who may not know, Noll was Shula’s defensive backs coach for three years between 1966 and 1968 before the Steelers made him their head coach in 1969. As Rooney said, Shula vouching for him played a big roll in the team’s decision to give him that opportunity, as he had never even previously held a coordinator job in the NFL.

Steelers general manager Kevin Colbert broke into the NFL with the Dolphins in 1984 through 1989 as a college scout, where he worked with Shula. “I always admired the manner with which he lived out his faith and showed a dedication to his family while meeting the demands of being a great NFL coach”, he said in a statement. “These are lessons I will forever cherish. Please know that he and his family will be in our prayers”.

The Detroit Lions would hire Colbert to be their Pro Scouting Director in 1990, a post he would maintain until the Steelers brought him into the fold in 2000. As you can see, Pittsburgh’s history, both more recently and in their storied past, was influenced by the great Shula himself.