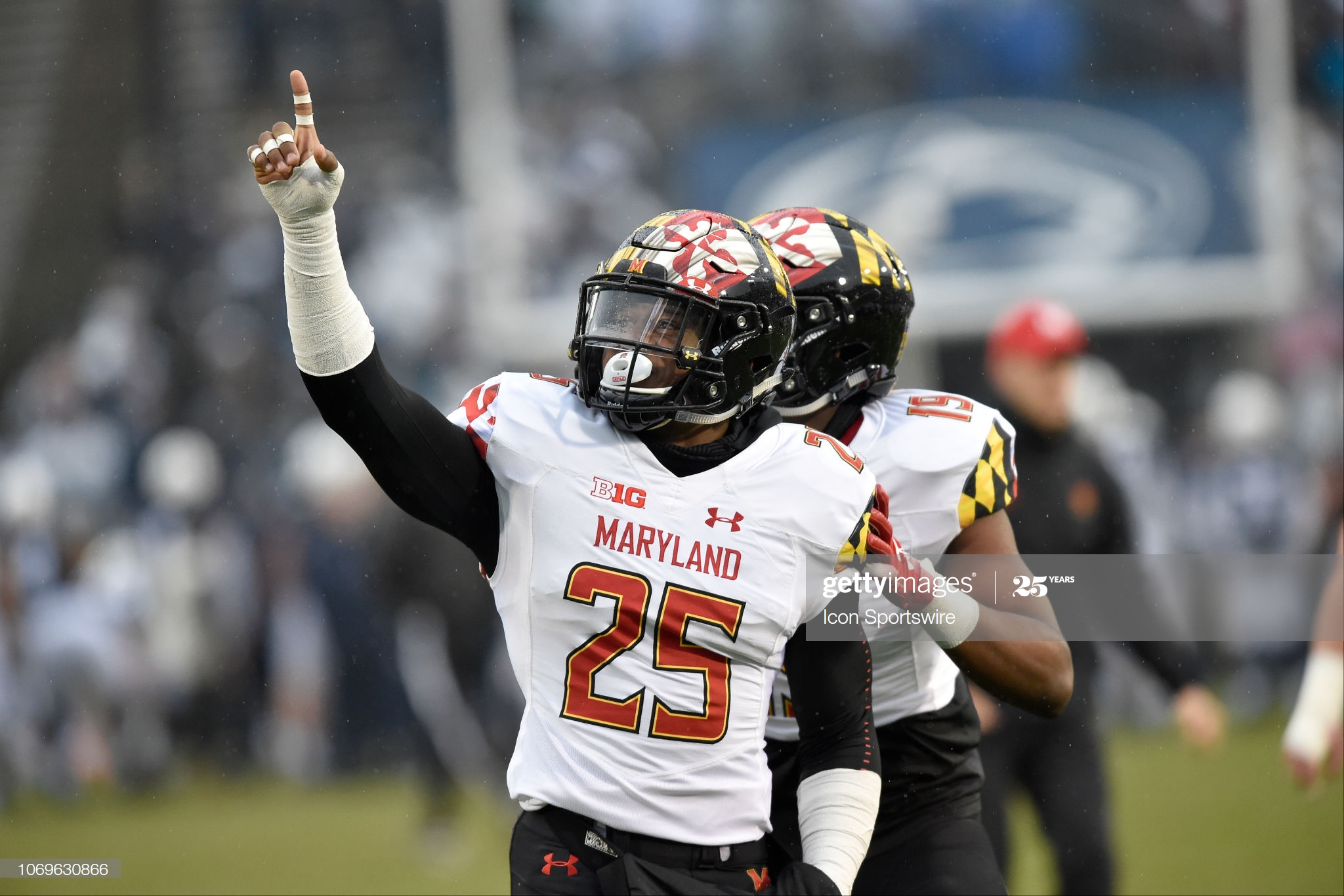 Late last month, he tweeted a mockup of his college and NFL jerseys. Now, we know he’s officially carrying the number over to Sundays.

The team has yet to announce rookie numbers yet but he’s the third player whose jersey we know. Chase Claypool announced he’ll wear #11, Kevin Dotson #69, and now Brooks with #25.

The last Steeler to wear #25 was Artie Burns, a former first round bust allowed to hit free agency this past offseason. He signed a one-year deal with the Chicago Bears. Other Steelers to wear #25 include Ryan Clark, Ron Shanklin, Ray Mathews, and Ben Smith.

Brooks was the Steelers’ 6th round selection, taken #198 overall. A three-year starter for the Terps, he recorded 237 career tackles and four interceptions in his Maryland career. His scouting report profiles as a linebacker/safety hybrid (Pittsburgh has said he’ll start at safety) who thumps against the run but has athletic limitations in coverage. Safety depth is poor and he should have a path to make the roster in 2020, carving out a role on special teams.

He was one of two Maryland players selected by the Steelers. Teammate Anthony McFarland was taken two rounds higher. Of the 11 Terrapins drafted since 2016, four of them were by Pittsburgh. Sean Davis was selected in the second round in 2016 while Derwin Gray was drafted in the 7th round last year.