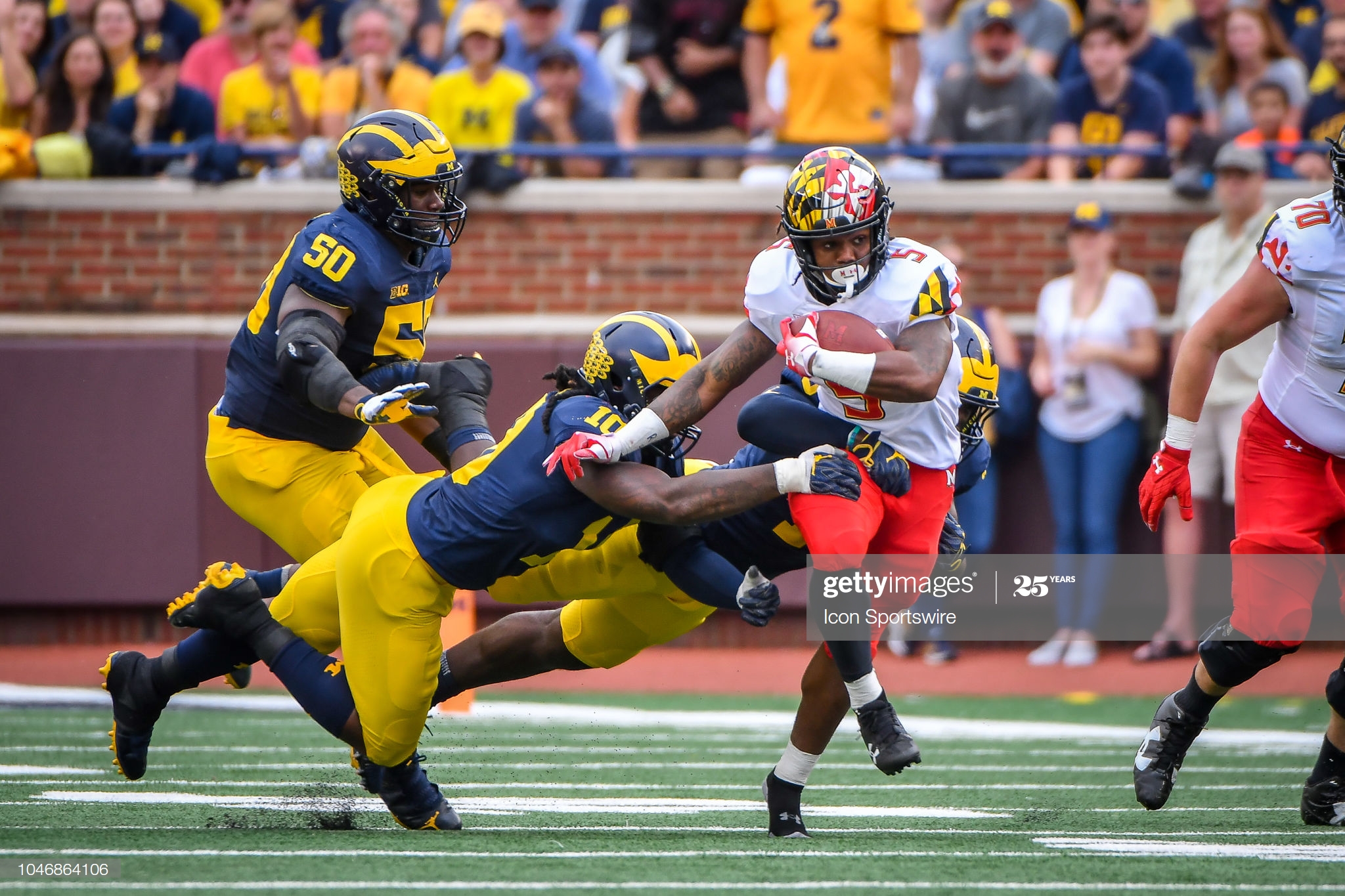 While the Pittsburgh Steelers may have drafted his teammate in Antoine Brooks, fourth-round running back Anthony McFarland has had a run-in or two with some of his other draft classmates as well. Not just at the Combine, but on the field, including during one meeting between Maryland and Michigan in 2018.

Devin Bush’s final collegiate season, before he would become the 10th-overall pick in the 2019 NFL Draft, taken by the Steelers after trading up to get him. By then, Bush was on the tongue of every college football analyst as a future star in the NFL. McFarland? He was a nobody with four games under his belt, even if he was coming off back-to-back 100-yard games coming into that contest.

The Wolverines got the best of the Terps that day, make no mistake, and McFarland struggled a bit. He had just 34 rushing yards, albeit on just nine carries, and one reception for seven yards. Bush was the tackler at the end of one of those touches.

“I remember the play that he tackled me on, he said that I couldn’t mess with him, and then I just started laughing and he started laughing and I went back to the huddle”, he recalled while speaking to reporters last week over conference call. “I feel like he’s a good person, because after the game, he came up to me, and he would just say how much he respected my game, and he told me to keep working hard”.

“I’d been watching him play for a long time, even before I stepped on the field”, the rookie earlier said of Bush. “He’s been dominating, he was a guy that dominated college football, as soon as he stepped on campus. I’ve always been a fan of his game, so when I actually got to play him against Michigan my redshirt freshman year, I just remember him flying around, just talking to me the whole game”.

During his three seasons at Michigan between 2016 and 2018, Bush registered 172 total tackles, including 18.5 for a loss, plus 10 sacks, one interception, and 11 passes defensed. Plenty of what he brought to the table, suffice it to say, did not show up on the stat sheet. But while he was a fiery competitor, he was a different person off the field.

“That meant a lot to me coming from a guy like that”, McFarland said of their post-game exchange. “You watch him play the nationals. He played that position how it’s supposed to be played in college, and the NFL. I’m excited to be his teammate. Definitely excited going against him”.

He said that he didn’t give anything back to Bush during his bit of trash talk, and that such things don’t bother him. “I guess it was kind of my ‘welcome to college’” moment, he said, reminding that they both started laughing afterward.