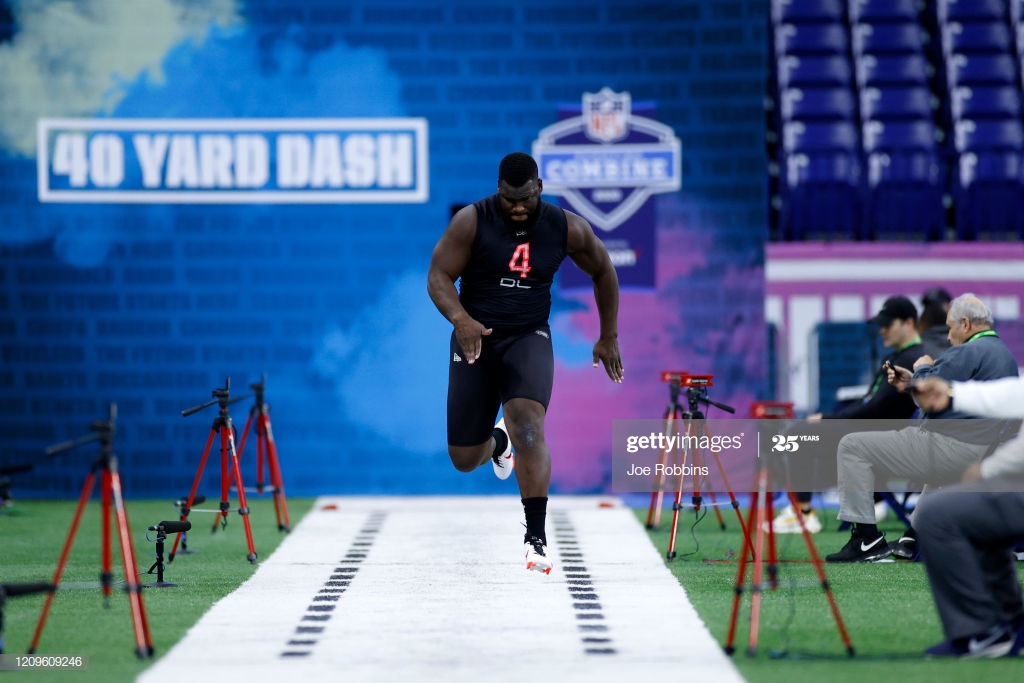 -Tons of experience playing up and down the line of scrimmage
-Powerful hands at the point of attack
-Does a good job staying square to the line of scrimmage against the run
-Good motor along the interior; never have to question his want-to
-Plays with sound pad level and keeps eyes in the backfield
-Above-average awareness for the position

-Struggles to drop anchor against the run and clog up lanes
-Balance through contact is a concern; winds up in the dirt often
-Short-area explosion is inconsistent as a pass rusher
-Needs to develop hand usage as a pass rusher to help him win
-Despite large tackle radius, struggles to finish plays with consistency

If there’s a UDFA in the Steelers’ 2020 class that has a real shot at sticking on the roster, it’s Ole Miss defensive tackle Josiah Coatney.

While he didn’t quite put up production that moves the needle at Ole Miss, Coatney brings a vast amount of experience and versatility to the table along the defensive line under Karl Dunbar.

Right away on tape, Coatney showed a good motor and some short-area explosion along the interior of the defensive line. Add in powerful hands and it’s easy to see why the Steelers were interested.

He has a good get-off and packs some power in his hands to stun interior linemen. I love the push/pull and the swim to win here. Then he has the motor to chase the quarterback to the sideline for the incompletion. He moves well in space for a big man.

This is the power I’m talking about. That’s some serious thunder in his big mitts to stun this Arkansas guard. After that he has the wherewithal to shed and make the plan down the line.

The one thing I absolutely love about Coatney is his motor.

Yes, he does a poor job here allowing the LSU guard to turn him, creating a lane. But despite the failure early in the rep, Coatney keeps his motor revved and chases the LSU back down the field out of bounds.

That time of hustle and overall mentality will play well with teammates and coaches in camp.

Where I think Coatney will surprise people is with his ability to stay square to the line, play with a low pad level and fight his tail off. While he doesn’t have the overall strength to drop anchor against double teams consistently, he flashed the ability here, fought through the LSU double team and found himself in on the tackle.

For me, he just feels like this year’s version of the next Steelers’ find on the UDFA market.