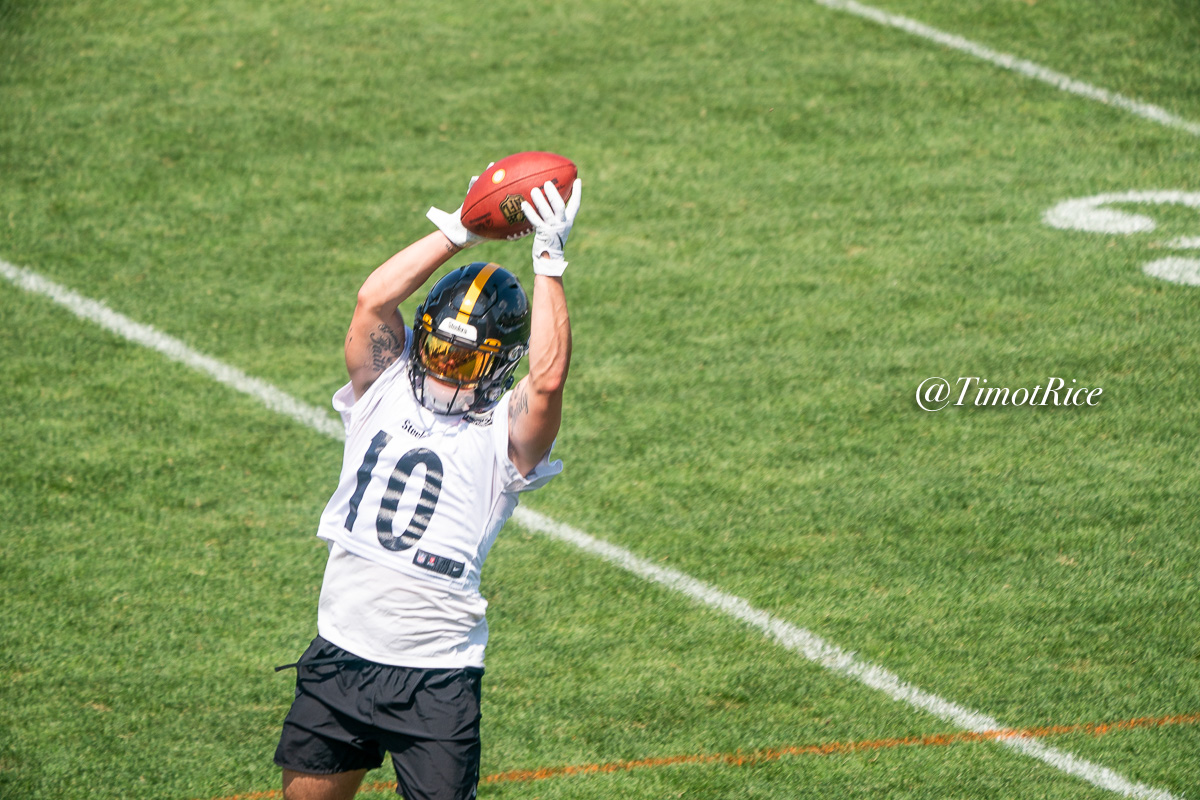 You may be asking yourself right now: is he trying to troll me? The answer to that question may be a little more complicated than a straight yes or no answer could provide. The truth lies somewhere in between, as while the stock evaluation is authentic, my decision to cover it now rests on the reactions people gave to the idea that he could make the 53-man roster.

I, however, do believe that the Steelers drafting Chase Claypool was to Switzer’s advantage. It was a foregone conclusion that the team was going to draft a wide receiver, so the mere fact that they did what was inevitable is not something that I’m going to weigh against him.

The specific receiver that they did draft, however, is a player who offers a very different skill set than Ryan Switzer, yet very similar to Deon Cain, so that is why I suspect this move is to the fourth-year wide receiver’s advantage.

Whether you like it or not. And that really is the point, because none of this is ever about what we want or what we would do if we were in charge. The purpose is to try to make educated guesses about what the team may be thinking based on the data available.

I may be wrong, but it’s not because I have some sort of devotion to Switzer. In fact, I had Eli Rogers making my 53-man roster as the sixth receiver last year until the playing time they were getting in the preseason made it obvious which way they were leaning.

Based on the way the roster is currently constructed, Switzer is essentially the number two slot receiver behind JuJu Smith-Schuster. While James Washington has begun to move around, he is still an outside receiver the vast majority of the time. That is even moreso the case for Diontae Johnson.

Claypool has the potential to work inside, but the team has talked about him primarily as an outside guy, and with a limited offseason, I don’t anticipate them putting too much on his plate, so I don’t think he’s going to be seeing many slot snaps as a rookie.

The real kicker in the Switzer vs Cain discussion is that the latter offers nothing on special teams. Again, whether you like it or not, the Steelers have viewed Switzer as a return man, and that plays into his favor. Ben Roethlisberger liked to throw to him. He’ll have Roethlisberger to throw to him again in 2020.