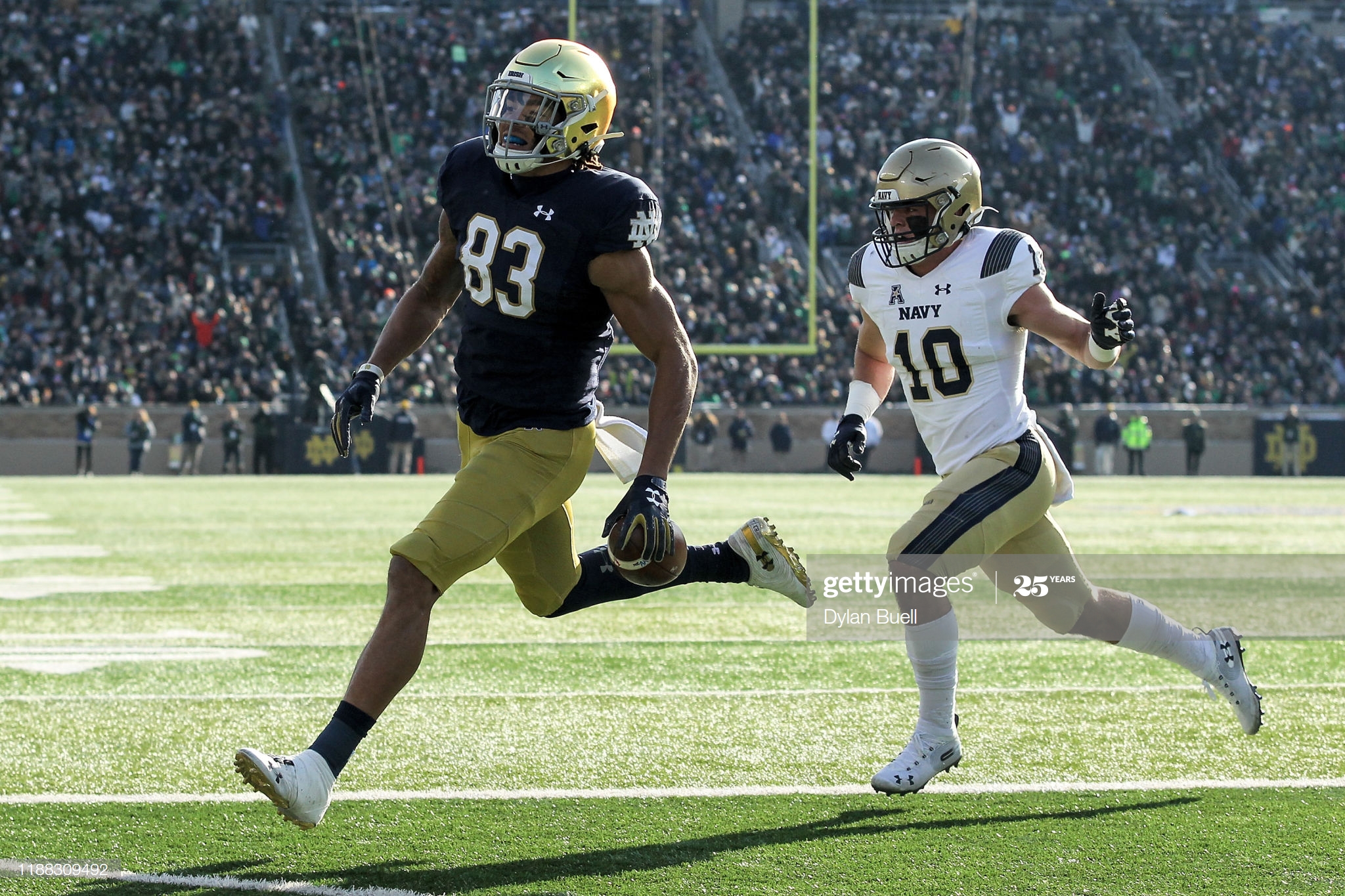 Well, the Steelers did draft six new players, so we might as well start working them into the fold here, beginning at the top of their draft order with their first selection, second-round pick Chase Claypool. The big-bodied wide receiver out of Notre Dame was a player, at least to hear the team talk about it, that they highly coveted, and they took him even though they weren’t committed to the wide receiver position in that spot. He was the 11th wide receiver taken in the draft, in the first 49 picks.

The best thing for Claypool is that he steps into a situation in which he doesn’t have to be expected to produce immediately. The Steelers are already secure in their top three players at the wide receiver position with JuJu Smith-Schuster, James Washington, and Diontae Johnson. In the what I would consider to be unlikely even that Smith-Schuster is not retained in 2021, he could step full-time into a number three role then, or even number two.

In addition to the wide receiver position, the Steelers also used free agency to add a pass-catching tight end in Eric Ebron, and since, you know, they have him, they will probably use him. If Ladarius Green’s usage was any indication, he’s going to see a lot of targets when he’s on the field.

But what Claypool can offer when he is on the field is intriguing. He may not always appear to be playing to his speed, but he can get behind defensive backs and be a field-stretcher. He is also a jump-ball guy similar to Smith-Schuster and Washington, but when you add in his 6’4”, 233-pound frame, that takes it to a whole new dimension.

Especially in short spaces, aka the red zone. The Steelers mentioned red-zone work multiple times when talking about Claypool’s likely year-one impact, and that should be no surprise. After all, they were the worst team in the red zone in all of the NFL last season. They won’t be hesitant to try different things to see what works. I mean, it wasn’t so long ago that even a guy like Derek Moye was given some red zone opportunities. More recently, see Justin Hunter.