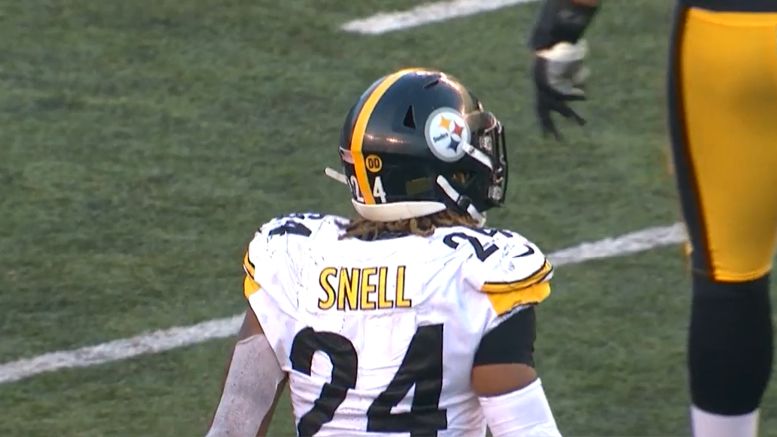 It never hurts to get talked up by your head coach, especially when you’re a young player. Mike Tomlin hasn’t been shy about doing that for running back Benny Snell. In fact, I can’t really recall him ever saying anything publicly about the reputation he has gained, in contrast to Zach Banner’s becoming a ‘folk hero’ as the eligible tackle.

Supposedly, he uses the back’s own term, ‘Benny Snell Football’, to motivate him during practice. The Kentucky product came into the league essentially branding himself, even if unintentionally, setting up a term and defining what it means. Now Tomlin uses it to hold him to his own standards.

And he has been, or else Tomlin wouldn’t keep praising the second-year running back whenever his name comes up. He called Snell a “toughminded kid” and a competitor, saying that that is what attracted the team to him.

He also praise his work ethic, saying that he has been “working his tail off”, adding that he is excited (though, when is he not excited) about seeing Snell work in his second season. “It’s reasonable to expect him to just continue to take off and be a bigtime guy for us”.

Perhaps the team is hoping that he can show the capacity to be the team’s lead runner, in the event that they are in the market for one for the 2021 season. James Conner is in the final year of his rookie contract, and it’s far from certain that they will retain him beyond this year, even if both sides would in theory like to remain together.

During his rookie season, Snell rushed for 426 yards with two rushing touchdowns on 108 carries. He also caught three passes for 23 yards, tallying that on just 166 snaps of offense. Frankly, I didn’t realize until now how little he actually played, but he carried the ball a considerable amount of the time during which he was on the field.