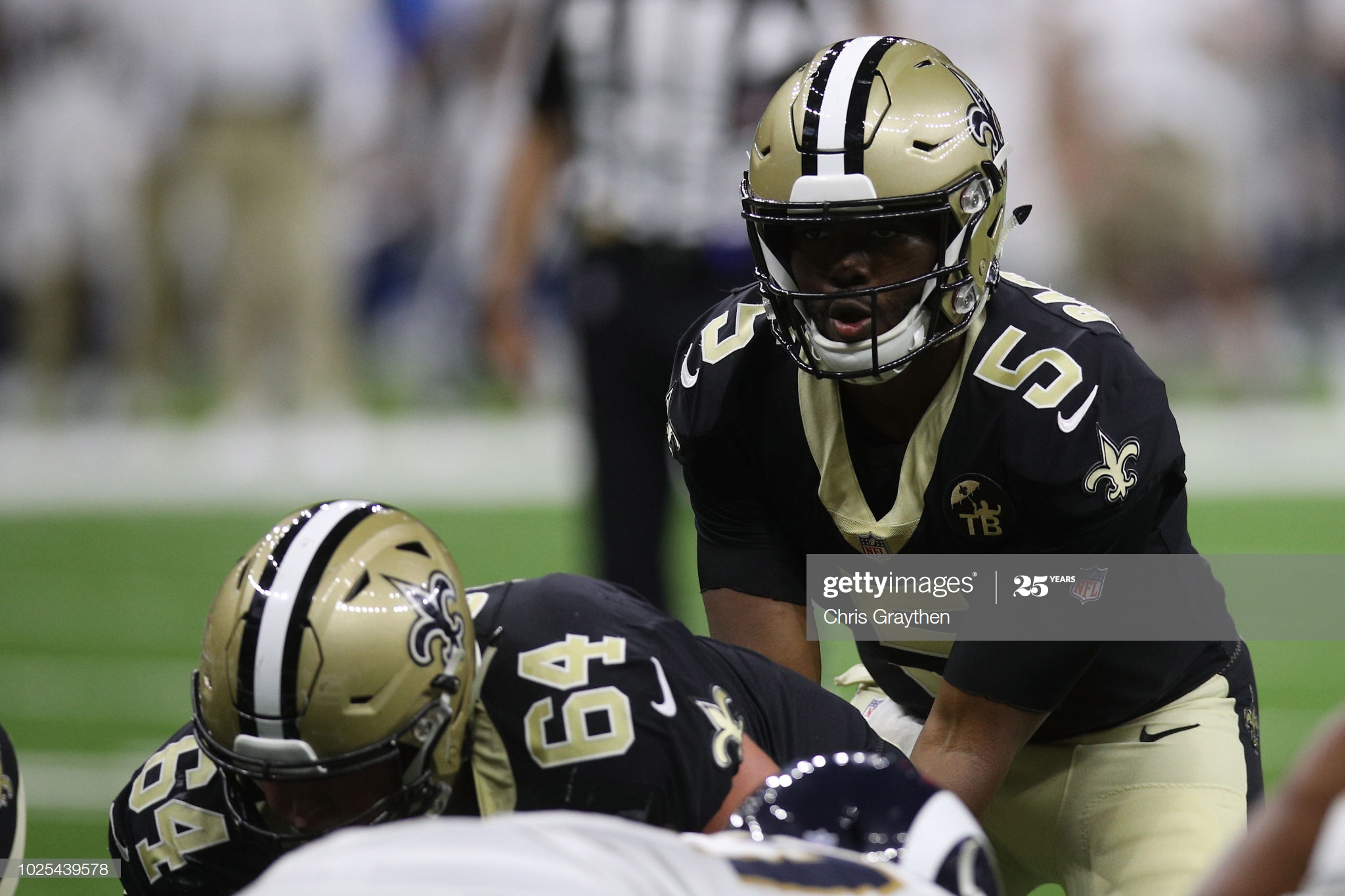 JT Barrett will almost certainly fall into the category of “legendary college quarterback who didn’t do much in the NFL.” There’s no shame in that. That list is expansive: Vince Young, Matt Leinart, Eric Crouch, Tommy Frazier (ok, now I’m just naming Nebraska QBs).

Still, the book isn’t closed on Barrett just yet. If there’s any team who showed how quickly you can churn through quarterback depth, it’s the Pittsburgh Steelers.

To take things back to the beginning, Barrett arrived to Ohio State as a four-star prospect, passing up offers to stay local from Baylor and Texas Tech to become a Buckeye. He redshirted in 2013, biding him but found himself in the lineup when Braxton Miller went down with injury. Barrett took over the starting job and was an immediate success, leading Ohio State to a 14-1 record, throwing 34 touchdowns while rushing for another 11 more. But his season was cut short by a broken ankle, leading Cardale Jones to fill in and lead Ohio State on a remarkable National Title run.

Given Jones’ success in relief, the two split time throughout 2015 causing Barrett’s numbers to tank. He threw just 11 touchdowns and failed to even throw for 1000 yards. Jones declared for the draft after the season, making Barrett the full-time quarterback once again. He delivered, throwing 24 touchdowns and completing almost two-third of his throws while rushing for nearly 900 more yards. His senior season was more of the same, even better, and he left school holding several passing records. That included most yards and touchdowns in school history, edging out greats like Art Schlichter, Terrelle Pryor, and Troy Smith. He even finished in the top ten in rushing yards and touchdowns. Put it this way; his 43 rushing scores matched Zeke Elliott’s number.

Despite off-the-charts production, the NFL didn’t think he’d be a success. The general consensus viewed him as an undersized, maxed out quarterback. There were also off-the-field concerns after an alleged domestic violence incident (no charges were filed) and a DUI arrest later in his college career.

He went undrafted in 2018, catching on with the New Orleans Saints, who initially offered a tryout spot but gave him a three-year, rookie deal right before that weekend began. He saw limited action, as you’d expect, and when he made plays, it was with his feet more often than with his arm.

He bounced on and off the roster, 23 total transactions, during his rookie year, before being inked to a futures contract and carried through 2019. He was cut outright on August 1st of last year, spending the rest of the summer with Seattle, and a second stint with November from September to October.

Pittsburgh came into the mix, signing him to their practice squad December 24th and offering him a futures deal one week later.

It’s a minor miracle Barrett even remains on the roster as the #5 QB. Had the coronavirus not cancelled spring workouts, odds are good Barrett would’ve been cut by now. He would’ve been eligible for rookie minicamp, giving them one arm to pair with a tryout player, and then the team would have close look at Ben Roethlisberger during OTAs. Had they felt comfortable with his progress, and I’m betting they would, Barrett would’ve become expendable. Now, he just seems like insurance until #7 starts throwing at a practice, which won’t happen until training camp.

The odds of Barrett ever playing a meaningful snap in Pittsburgh are low. Of course, I would’ve said the same about a duck caller from Samford this time a year ago. Stranger things have happened.