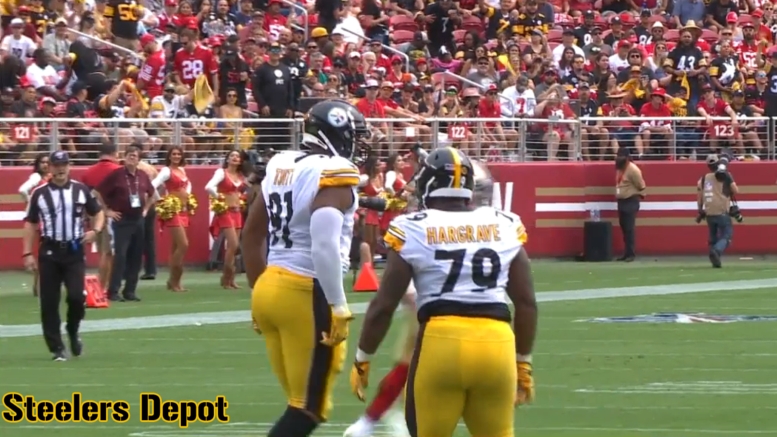 Question: Is Stephon Tuitt’s return a bigger net gain than is the loss of Javon Hargrave?

For about two thirds of the 2019 season, the Steelers played with a defensive line consisting primarily of Cameron Heyward, Javon Hargrave, and Tyson Alualu. There are still a lot of things to shake out as far as nose tackle goes, but this year, their top two are clearly Heyward and Stephon Tuitt, with Alualu a potential candidate to be the nose tackle.

Hargrave is a great defensive tackle and was rightly paid by the Eagles this offseason. But Tuitt when he’s healthy is legitimately about as good as is Heyward, a first-team All-Pro talent, and that’s certainly not to be taken lightly.

Going from Tuitt to Alualu, no offense to the long-time veteran, is a huge downgrade, at least in the pass rush. But whoever serves as the nose tackle in Hargrave’s place is going to be a big downgrade in that department as well. And Hargrave also played a lot of snaps in the nickel, too.

It would have been nice if the Steelers could have paid all three, but we’ve known for a while now that it just wasn’t realistic, especially since they spend most of their time playing with only two defensive linemen on the field anyway.

The reality is that they spent most of last season with only two of them, anyway. They will do so again this year, under different circumstances. Will it work out even better with Tuitt rather than Hargrave?