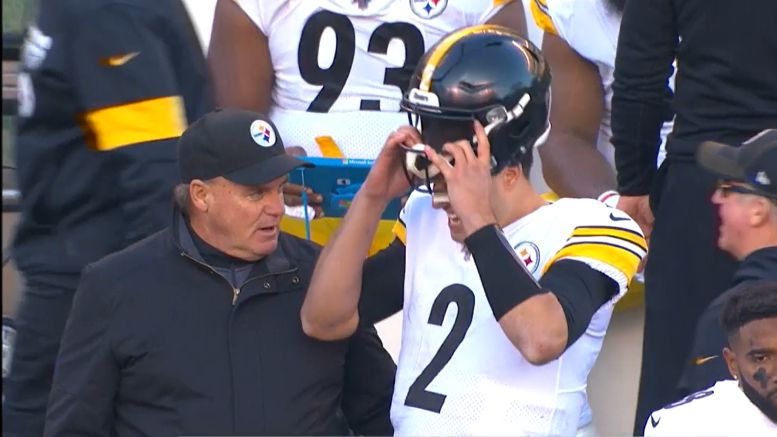 There are two things concerning Mason Rudolph that should not be disputed. The first—and I will provide the receipts—is that they drafted him because they believed that he could be a legitimate starting quarterback in the league, or in other words, that he could be their starter after Ben Roethlisberger. The second, that his performance last season resulted in that view taking a hit.

Aside from repeatedly saying that Rudolph was “certainly a part of” the group of quarterbacks who were taken in the first round on their board and that it was “a very easy decision” to trade up to get him when he was available in the third round, the team made more direct comments about how they viewed him in the long term.

Rudolph now has two seasons under his belt, including eight starters, many of which were either lackluster or even ugly. When the team speaks of him now, the word they used is “comfortable”. Colbert, Mike Tomlin, Art Rooney II, they all specifically used that word.

“As we sit here today, we feel comfortable with Mason being our backup”, Rooney said in January. In February, Colbert said, “we think Mason is at least an NFL backup”. But what else? How ‘comfortable’ do they still feel about his prospects of being a long-term starter? Not what they might say in front of a microphone, but what they might say in an internal, closed-door meeting.